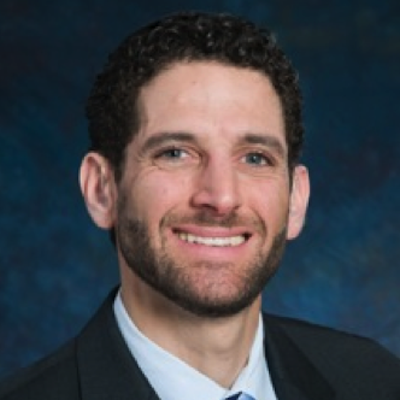 Professions: One of The Forward’s "Most Inspiring Rabbis"

Rabbi Darby Jared Leigh is a native New Yorker who loves mountains. He is the Rabbi of Congregation Kerem Shalom in Concord MA and is committed to creating an inclusive, caring community with intellectual honesty and spiritual depth. Honored as one of The Forward’s “most inspiring rabbis of 2016,” Rabbi Leigh is a Truth seeker, a passionate snowboarder and a former leading actor with the Tony award-winning National Theater of the Deaf. He was featured in the televised, Emmy-nominated documentary A Place For All: Faith And Community For People With Disabilities. Tablet Magazine listed him as one of “15 American Rabbis You Haven’t Heard Of But Should,” and he has performed on stage with rock and roll bands, Jane’s Addiction and Twisted Sister!

Rabbi Leigh was published in Deaf Identities- Exploring New Frontiers (2019), in which he is the second author of a chapter on Religion and Deaf Identity. Rabbi Leigh also served as a consultant for the Oscar-nominated documentary Sound and Fury and for “Hands On,” an organization that provides sign-language interpreting services for Broadway and off-Broadway productions. He worked with RitualWell.org to create on-line videos of ASL translations of Jewish songs and prayers. He has been a speaker for the New York City Mayor’s Office for People with Disabilities, and numerous other organizations where he has taught on issues related to Deafness and disability access.

Rabbi Leigh was selected to be one of the first fellows of “Rabbis Without Borders,” an initiative of CLAL (National Jewish Center for Learning and Leadership). Rabbi Leigh has taught at the Academy for Jewish Religion in NY, Hebrew College in MA, and is invited to lecture internationally. Rabbi Leigh has served as the associate/sabbatical rabbi at Bnai Keshet in Montclair NJ, rabbi of The New Shul in NYC, student rabbi of Or HaNeshamah in Ottawa Canada, rabbinic intern at Congregation Beit Simchat Torah in NYC, and as a rabbinic educator with Hillel at Temple and Drexel Universities in Philadelphia, PA. He is married to Dr. Randi Leigh and they have three daughters.