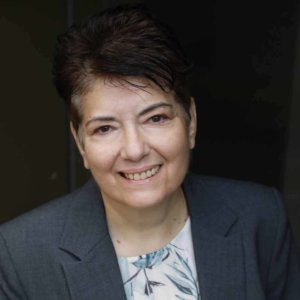 Angela Arena (she, her) is a CPA with an MBA in Information Technology from Pace University. She also has a Certificate in Pastry and Baking from the Institute of Culinary Education in New York City. Arena is the former owner of Queens Court Bakery in Long Island City. Living with diabetes since her childhood, Arena has never let diabetes stop her from anything. She wears an insulin pump and a Continuous Glucose Monitor and is an advocate for pump therapy. She counsels other Type 1 diabetics about the benefits of tight glucose control and pump therapy.

Arena is an advocate for her daughter and others who have MEAK (Myoclonic Epilepsy and Ataxia), a very rare disorder with currently only 20 cases worldwide. Arena has spent countless hours researching the condition and speaking with doctors around the world looking for possible treatments – her daughter’s case was diagnosed by a medical expert who practices in Australia. Along with her daughter, they founded the Lauren Arena Foundation for MEAK Research Facebook page and have connected with MEAK families. They also started the Lauren Arena Fund for MEAK Research at Children’s Hospital of Philadelphia where promising research into a treatment for MEAK is ongoing. As a woman who lives with a chronic illness, Arena is pleased to be a part of RespectAbility’s Speakers Bureau: NYC.