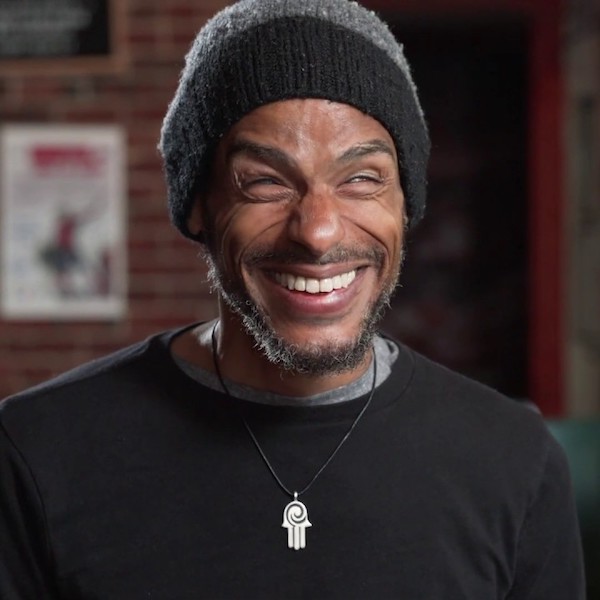 Aaron Seglin is a full-time musician and educator in Portland, Maine. Blind from birth and the son of an artist and psychotherapist (and now a synagogue administrator), Aaron has been sharing his passion for music with the world since he picked up an instrument at two years old. Seglin was raised by Jewish parents, who were very involved in the synagogue and Jewish community where he grew up (in Montclair and South Orange, NJ). Seglin is quoted as saying, “We were always the last out after Friday’s onegs!”)

Seglin was a student of mainstream public schools and for some time attended Ramapo College, leaving school and joining the workforce. A few years later, he met his lifelong friend and current bandmate, Bill Binford. Together, they started the band called 13 Scotland Road, named after their original shared residence. They have performed in a variety of venues, including several years performing in prisons, wherein they merged their music with their commitment to social justice and tikkun olam. Seglin relocated to Portland, Maine to continue his work. Over the years, Seglin has served as a teacher, a Jewish-music composer, a youth mentor, and a vocalist. His primary instruments are the flute and harmonica, and his primary interests include exploring other cultures through the sound of their drums.