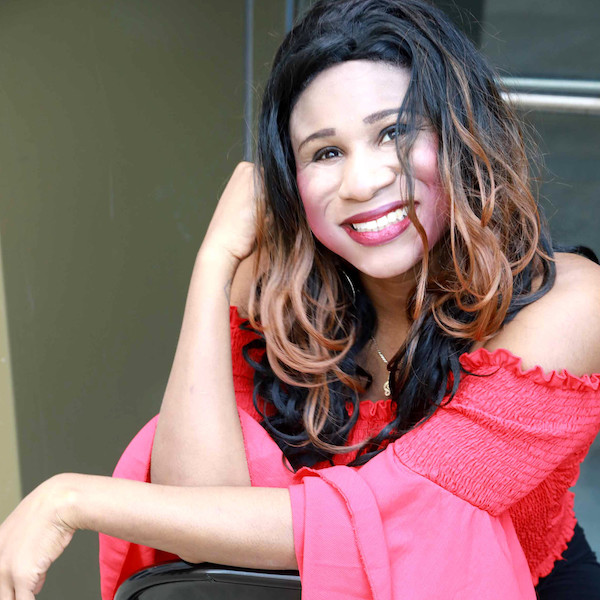 Lachi is an award winning recording artist and prolific EDM singer-songwriter whose works have debuted on national Dance charts and editorial lists, amassing millions of streams, and finding placements on TV, Radio and Feature film. Being legally blind, Lachi advocates for disability inclusion, equity and accessibility in the music and entertainment industries.

The host of PBS’ American Masters segment “Renegade,” Lachi explores the contributions of people with disabilities and how they transformed America. Lachi also hosts a award-winning YouTube series “OffBeat” which documents her journey as she loses her vision–speaking with disabled celebrities and checking off an adventurous bucket-list.

A leader in Disability Advocacy in the music industry, Lachi co-chairs the GRAMMYs NY Chapter Advocacy Committee where she advocates for diverse musicians to Congress, sits on the NORA Project Leadership Council, and is Founder and President of RAMPD, a coalition of accredited Recording Artists and Music Professionals with Disabilities. RAMPD partnered with the WAVY Awards (a New York Awards show celebrating historically underrepresented talent) to create the first-ver award show to full integrate self-description. Lachi also consults, keynote performs and think-tanks on Disability awareness and etiquette at major firms, production houses, and non-profits–including the Kennedy Center, Ad Week, the White House Office of Public Engagement, Heinz.org, BMI, and The National Endowment of the Arts among others.

Named a “dedicated foot soldier for disability pride” by Forbes and a “Badass” by longtime civil rights activist Judy Heumann, Lachi has also been featured in the New York Times, Variety, Essence, Yahoo Lifestyle, American Songwriter, and Music Tech Magazine among others for her work bringing disability inclusion in music and entertainment into mainstream discussion, and for her brand of unapologetic disability pride.