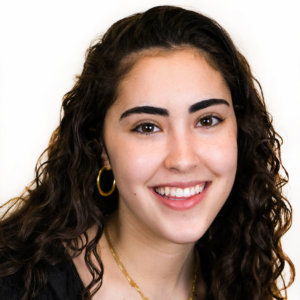 Maddy Mermelstein is a creative based in New York City, and sees herself a “Lorax” of sorts, who speaks both with and for “the trees.” After spending a semester at WGBH working for Arthur (yes, the aardvark!) and doing some soul searching during the pandemic as a 2020 grad (though didn’t we all), a lightbulb went off and she realized that the intersection of her passions, particularly education, humor, and advocacy, lent itself perfectly to the world of children’s media! She is currently a Research and Executive Assistant on the Dora the Explorer reboot at Nick Jr., where she is learning from some of the best and brightest in the ‘biz.

Though Mermelstein began college with the plan to become a special education teacher (something she still wants to do someday!), she graduated from Boston University with a degree in Film & Television and Sociology and a concentration in Spanish. Deeply passionate about the potential impact of television that uses humor to discuss significant social issues, she started her career path in Late Night TV, where she worked at Full Frontal with Samantha Bee and the Late Show with Stephen Colbert.

In 2022, she was selected for the inaugural cohort of the RespectAbility Children’s Content Lab for creatives with disabilities, where she honed her editorial and writing skills. She intends to fill the screen with characters and stories that she wishes she had seen as a child, and to continue Fred Rogers’ legacy of reminding children everywhere – from all backgrounds and abilities – that they are special.

As a Development Fellow with RespectAbility, Mermelstein worked closely with the writers of the following scripts: