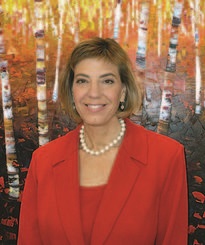 Tomorrow I turn 50!!! I am so blessed in what I experienced these first 50 years. Amazing. I plan to live until 100, so tomorrow I start the next half of my life.In the future I want to be a better family member and friend to the people I love, and to continue to fight for people with disabilities. In lieu of gifts, if you want to give me something, then please join me by donating to www.RespectAbilityUSA.org!

Man with a disability succeeds at work, will give thousands to charities that gave him job, friends

Philadelphia, PA – Jonah Selber, who was born with a developmental disability, is a longtime, successful employee of Thomas Jefferson University Hospitals where he serves as an office assistant in the Information Systems Department. He loves his job and never takes it for granted. Unlike 70% of working age Americans with disabilities who are out of the workforce, Jonah has been working for 17 years delivering important business documents and greeting customers in the Information Systems service center at one of the nation’s top hospitals. END_OF_DOCUMENT_TOKEN_TO_BE_REPLACED

America at Risk: Job Crisis for People with Disabilities – Views on Solutions from 3839 People on the Front Lines

END_OF_DOCUMENT_TOKEN_TO_BE_REPLACED

America at Risk: Job Crisis for People with Disabilities; Views on Solutions form 3839 People on the Front Lines

KC killing was an attack on us all

Yesterday, in a horrible hate crime, a man yelled “Heil Hitler” at the Jewish Community Center in Kansas City and then murdered three innocent people because he saw them as “the other”. My prayers are with the victims and their families.

Washington, D.C. – RespectAbilityUSA, a non-profit organization working to empower people with disabilities to achieve the American dream, is proud to release a toolkit for job seekers with disabilities.

Unlike employment outcomes for women, African Americans and Hispanics, which have been improving over time, the gap between employment rates of those with and without disabilities has expanded significantly. END_OF_DOCUMENT_TOKEN_TO_BE_REPLACED

With Social Security Disability Trust Fund Due to Bankrupt in 2016, RespectAbilityUSA Releases Toolkit for Policy Leaders on Employment for People with Disabilities

END_OF_DOCUMENT_TOKEN_TO_BE_REPLACED

ABILITY Awareness, in conjunction with the United Nations’ Department of Public Information hosted a panel discussion: The Art of Engagement.

The event will take place on Friday July 19th as part of the Convention on the Rights of Persons with Disabilities (CRPD). The panel is described as, an entertaining approach to building awareness through music, theater, humor and various visual arts stimulates attention to an otherwise resistant society: http://www.abilitymagazine.com/UN-ABILITY.html.

END_OF_DOCUMENT_TOKEN_TO_BE_REPLACED

Action Sports Star/Host of The Challenge TJ Lavin Stars in New PSA on disability: “We all should have the same opportunity to achieve the American dream.”

Washington, D.C. – With fully 70 percent of working-age Americans with disabilities outside the workforce, BMX bike legend and host of MTV’s The Challenge, T.J. Lavin, is starring in a new public service ad where he says, “whether it is me, you, or someone who just wants to work — we all should have the same opportunity to achieve the American dream.”

END_OF_DOCUMENT_TOKEN_TO_BE_REPLACED

Washington, D.C. – As the National Governor’s Association (NGA) begins its meeting in Washington, many of the nation’s governors are making dramatic, positive changes to expand job opportunities and avenues for success for people with disabilities.  The changes are an outgrowth of the NGA Chairs’ Initiative, “A Better Bottom Line: Employing People with Disabilities” led by previous NGA Chairman, Gov. Jack Markell (DE). The initiative created a blueprint that identified best practices and outlined steps that can be put in place by businesses and states to increase employment of people with disabilities.