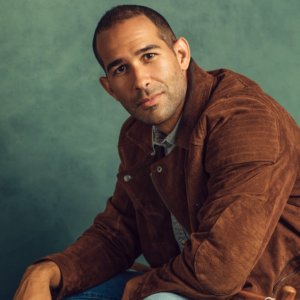 Andrew Reid is an Entertainment and News Media Apprentice in RespectAbility’s National Leadership Program for Spring 2022. RespectAbility is a national nonprofit organization fighting stigmas and advancing opportunities so that people with disabilities can fully participate in all aspects of community.

Reid was born and raised in Kingston, Jamaica. He is a DGA Award winning director and 2022 NAACP Image Awards nominee. His award-winning projects have screened at Slamdance, CAA Moebius, Paramount Pictures, HollyShorts, LA Shorts and over 50 other film festivals worldwide. He is a MFA graduate from the USC School of Cinematic Arts.

Reid is a 2021 ViacomCBS ViewFinder Emerging Director for Paramount TV Studios. He is developing both feature and episodic projects that have received support from the Tribeca Film Institute, Film Independent, The Gotham and Sloan Foundation. He was a director in the 2020 class of Film Independent’s Project Involve and RespectAbility Summer Lab program.

At the age of 21, while studying at University of Florida, he became paralyzed from the chest down. A malformation of his blood vessels (AVM), resulted in a rupture which compressed his spine while he was sleeping, leaving him completely paralyzed. He was told by doctors that he would never walk again. However, today he walks with a cane. He became an advocate for the disabled community and expanded his film production skills from Miami to LA.

You can learn more at www.ReidtheStory.com