October is National Disability Employment Awareness Month (NDEAM). As a regular reader of our Jewish Disability Perspectives newsletter, you know that RespectAbility has been training Fellows to work in the Jewish community and beyond since 2013. In honor of NDEAM, we’ve decided to celebrate some of the professional accomplishments and contributions of some of our amazing alumni. 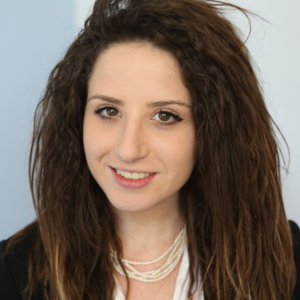 Ella Issacharoff was a Communications Fellow with RespectAbility. For several years, she has worked in the education field in Israel. During her two years of National Service (2013-2015), Issacharoff lived and worked in a distressed agricultural community located on the border between Israel and Jordan. There, she implemented informal educational programs for the youth of the community, working intensively with families that had economic and social needs.

Issacharoff also worked in the educational field in various international locations. In 2016, she spent a month in Cape Town, South Africa while volunteering in a township school. There, she was an English teacher for third-grade children. Some of the children were homeless, came from families with criminal backgrounds and/or had AIDS.

After her fellowship with RespectAbility, she moved to Berlin to study psychology and business and then worked in an elementary school. She now lives in Jerusalem and continues to advocate for causes concerning social justice. She writes “Judaism for me is a sense of community. I feel connected to all Jews around the world. The founding of Israel, the homeland of the Jewish people is a great example of religion used positively.” 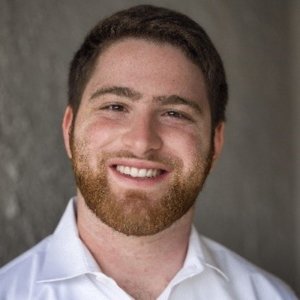 Adam Fishbein currently works at Borealis Philanthropy, a social justice funder focused on ensuring that grassroots movements have the resources needed to build power within marginalized communities. In this capacity it also administers the Disability Inclusion Fund. He previously interned at the National Committee for Responsive Philanthropy, the National Center for Learning Disabilities, and the Senate Diversity Initiative for the office of Chuck Schumer. He serves as the Vice President for the Board of Directors at the Pennsylvania Tourette Syndrome Alliance, and considers himself a lifelong self-advocate and a dedicated nonprofit and disability policy professional.

Originally from the Philadelphia suburbs, Fishbein moved to Washington, DC in 2016 to attend American University (AU). Fishbein earned his BA in Interdisciplinary Studies: Communications, Law, Economics and Government in 2019 and his Master of Public Administration in 2020. Still in DC, Fishbein continues to work towards a better future for people with disabilities. When he’s not working, he plays in several social sports leagues and enjoys singing with his Jewish acapella group. 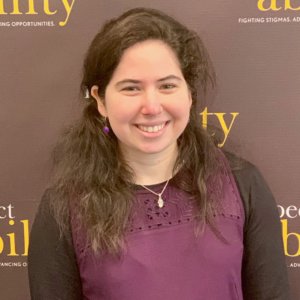 Madeleine Hannah Tasini is currently living in Florida working as a trained group facilitator to run mental health groups. She builds her Jewish faith into helping to guide people in their recovery. She credits her Judaism with helping her to embrace the important concept of a higher power.

Tasini earned her bachelor’s degree in Government from Connecticut College. There, she participated in Connecticut College’s Hillel Board, where planned events and helped strengthen the Jewish community. In addition, she was involved in a poetry and spoken word club called RefleXion on campus where she performed some of her poems. In 2019, Tasini earned her MA in Public Administration from American University.

Previous professional experience included teaching English to students with disabilities in Israel for five months and working at the embassy of Israel in Washington DC as a Congressional intern.

Tasini is a published author of the book Colors of the World sold on Amazon. The book is a collection of poetry about love, forgiveness, never giving up on yourself, poems about the world, and poems about her life. Tasini wrote this book when she was just 16 years old. 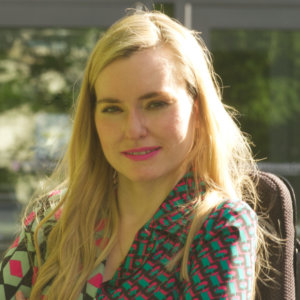 Ariella Barker is a Senior Counsel in the New York City Law Department where she defends the City of New York in labor and employment discrimination actions. She was diagnosed with Spinal Muscular Atrophy (“SMA”) at the age of 3 and began using a wheelchair at the age of 11. Nevertheless, Ariella received a B.B.A. and J.D. from Emory University in 2002 and 2005 and an MPA from Harvard University’s Kennedy School of Government in 2020. She has worked internationally across the private, public, and social sectors in areas of law and policy advocating for people with disabilities and fair workplace practices. Ariella is a “Jew-by-choice,” a dual American-Israeli citizen, a faithful Zionist, and a dedicated member of the Riverdale Jewish Center and the orthodox community in Riverdale, NY. 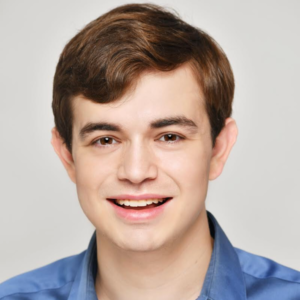 Benjamin Rosloff is a talented filmmaker and the creative force behind “What do you pray for?” A series that he conceived of, filmed, and edited whilst a Fellow at RespectAbility. His work is currently available on the RespectAbility website.  He is planning to create a full-length documentary that focuses on people with disables of all faiths. Ben is really open to new full time opportunities in video editing.

He grew up in Great Neck, NY and earned a BFA in Electronic Media from Long Island University. In 2016 he joined Maslansky + Partners as a production assistant. As a production assistant he set up the studio, filmed readers using a DSLR camera while coordinating a teleprompter, and edited all selected footage using Premiere Pro. He has made films for a variety of organizations, including his documentary short “Can I Call You?!” It was screened in the United States and Russia during an internship with Downtown Community Television Center. He has also co-produced, edited and screened multiple films for the United Nations. These include a film for World Autism Awareness Day, where Ben interviewed then-Secretary General Ban-Ki Moon, and “#Envision 2030” for Disability Awareness Day. 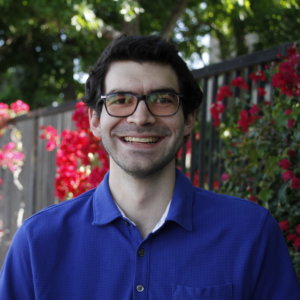 Alex Howard grew up in Los Angeles, and was an entertainment media and Jewish inclusion Fellow from Winter 2020 to Spring 2021. Howard earned a Bachelor’s degree in Cinema and Television from California State University, Northridge in 2015. He has had several internships, including KTTV, Atmosphere Entertainment and Phoenix Pictures where he worked for producer Mike Medavoy. While interning, Howard fell in love with the development process. He believes the core of every good piece of entertainment is a solid, compelling and interesting story. Most recently, Howard was a temp for Warner Brothers on long-term assignment at DC Comics and a part-time film critic intern for mxdwn.com. He was invited to participate in RespectAbility’s Summer 2020 Lab for Entertainment Professionals.

Howard is proactive in finding ways to use technology to overcome his disabilities and is a passionate advocate of audio description for all media, everywhere. Howard’s ultimate goal is to help those with any kind of disability enjoy films and television so that, hopefully, more people will be able to connect and share a love for entertainment. He is looking for professional opportunities at studios so that he can share his talents and work towards those goals. Howard is also in the process of starting a podcast with another visually impaired individual about their opinions on movies and audio descriptions.

If you might be interested in hiring Alex or any of our other Fellows who are looking for work, please reach out to Ben Spangenberg at [email protected].

Next: Gov. Whitmer: People with Disabilities Add Value and Talent” to Michigan Workplaces