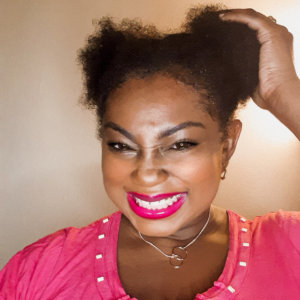 Laquana Lightfoot was an Entertainment and News Media Apprentice in RespectAbility’s National Leadership Program for Fall 2021. RespectAbility’s mission is to fight stigmas and advance opportunities so people with disabilities can fully participate in all aspects of community.

Lightfoot earned her Associates Degree in Communications from LaGuardia Community College and studied for a time at Brooklyn College, majoring in Film Production. She created her own short film entitled ‘Say Her Name,’ in which she was writer-producer. She not only creates her own scripts but also offers others feedback on their work.

Born in Brooklyn, New York, Lightfoot’s childhood dream was to become a writer. She never perceived what type of writer she would be. She just knew that she adored telling stories. Her devotion to her favorite TV show ‘Power’ has inspired her to begin the journey to become a professional TV/film screenwriter.

Lightfoot uses her writing and storytelling skills to further explain to individuals about autism and the seriousness of psychological health. Her goal is to create stories where people who have autism or mental health traumas are included behind the scenes, and on the screen, in the correct and appropriate manner of true stories.

Lightfoot shares her home with an 11-pound Shih-Poo named Ava, whom she searched for over several years and walked through the pouring rain to adopt. Lightfoot is in a relaxed and peaceful mood when she’s out eating with friends, trying out new scripts, meditating, or just simply taking a nap. When she’s not catching up on the TV shows that she has missed, she is playing with her beloved Ava.

Next: Ian Malesiewski: Working to Make Politics More Inclusive for People with Disabilities