Breaking into the Industry with Joel Camarena and Sony Pictures Entertainment 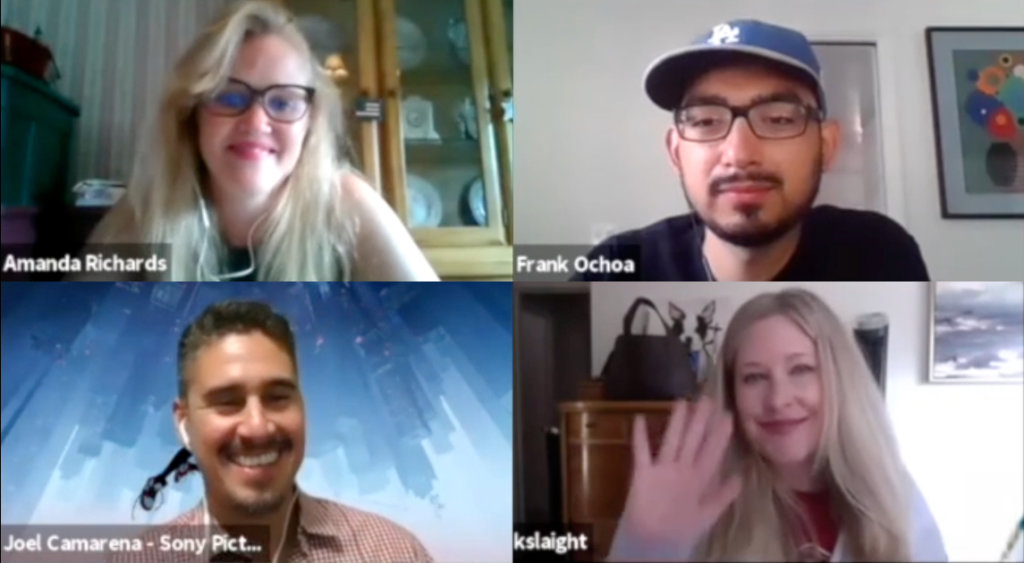 Los Angeles, August 26 – During a recent session of the RespectAbility Entertainment Lab, Sony Pictures Entertainment’s Joel Camarena made his second appearance of the summer to share important insight on what it is like to work for an established studio like Sony Pictures Entertainment (SPE). Joel also shared his journey on how he arrived at this current position as a Senior Manager of Global Talent Acquisition after starting out as a Campus Recruitment Intern. Joel was joined by a panel of SPE executives including Frank Ochoa, Executive Director Comedy Development; Amanda Richards, Director of Talent and Casting (Television); and Keleigh Slaight, Manager of Physical Production (Television).

Joel broke down SPE’s labels and operations and how they each were created to cater to specific audiences. SPE prides itself on creating content for everyone from faith-based films, to anime TV, to tentpole films and more. SPE has licensed their content on quite possibly every platform available reaching a wide range of audiences.

The Lab participants also were invited to interact with the panelists and pick their brains on how to break into the industry and what to do once you make it into the writer’s room. “Write all the time and get your sample out,” shared Ochoa. “You never know who is going to read it. It’s just easier now to share things…I’ve seen people get hired off Twitter.” Social media has streamlined a process for talent to connect with potential employers anywhere in the world. And with many continuing to work from home, the work style has evolved to include those living outside the Los Angeles area.

Next: Audio Description 101: Entertainment Lab Participants Learn the Basics and Opportunities in a Fast-Growing Field