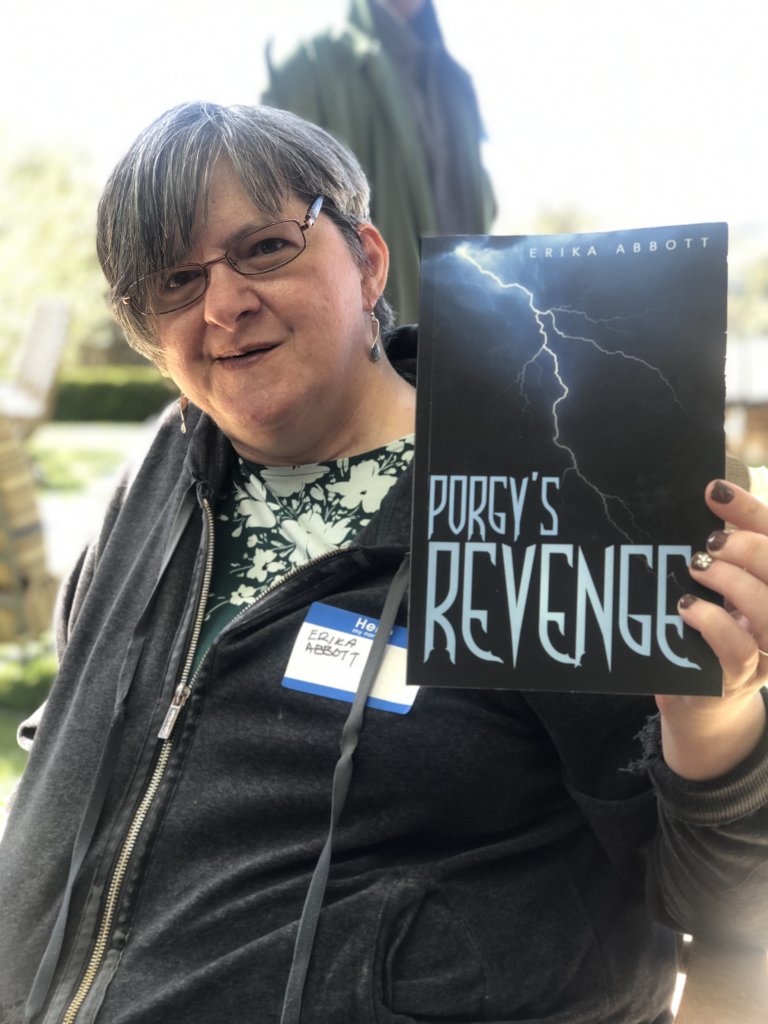 Erika Abbott is an intelligent woman and talented writer. Erika’s disability advocacy started in grade school, where she and some friends, eventually including fellow Speaking and Training Bureau member Aaron Seglin, formed the Disabled Posse. The idea, Erika explained, is “when you’re a kid, you are fearless,” and younger kids are more likely to ask questions. But, “by middle school, that’s where the intimidation starts. Everyone’s scared of the things they don’t know.” With Aaron as her voice when she struggled to speak for herself, Erika and the Disabled Posse worked to educate other kids in their school about what it was like to live with a disability, especially at such a young age, and inspire change through their work.

While those days in suburban New Jersey have long passed, Erika’s mission has not. Erika currently lives in Los Angeles and is actively involved in the Jewish community. Because the town she grew up in had such a small number of Jewish families, Erika actively sought friends who shared similarities, which led to some lifelong friendships.

In the post-Posse world, Erika has found multiple forms of self-expression including writing, teaching and even publishing her own book, Porgy’s Revenge, which she describes as her autobiography in poetry. When Erika was younger, observing the way people did tasks, such as needle point and puzzles, allowed her to process what was being done, and make it make sense in a way that worked for her. Due to the nature of her disabilities – a mild form of cerebral palsy and epilepsy – Erika has experienced some challenges communicating her thoughts, and some physical limitations as well. But these limitations have never stopped her. If you present a challenge to Erika or underestimate her, she will surprise you every time.

This determination has also touched her Jewish experience, which she did her own way. She had her Bat Mitzvah in her teens with another change-maker, Rabbi Joy Levitt. These experiences have contributed to the active Jewish life that Erika leads today.

One vital lesson that Erika has learned from Judaism is that “Judaism doesn’t give up on anybody.” For Erika, she feels her connection to Judaism has really become a matter of educating people, and letting them know that people with disabilities are in fact just like everybody else. The best expression of her advocacy is just being herself. She noted, “this is how I do what I do.” It is by being her most authentic self that Erika has been so successful in educating others about the importance of disability inclusion.

Erika hopes to be able to educate others through her speaking engagements about disability. She emphasized that it’s really easy to make assumptions about people and not give them a chance or think they are less capable. But you need to really meet that person first before coming to a judgement or assumption about them. If Erika’s perspective on inclusion sounds of interest to you, and you would like Erika to speak at your organization, you can contact Jake Stimell at [email protected].