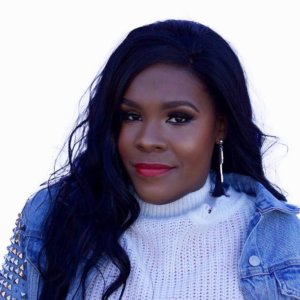 Tameka Citchen-Spruce has a strong passion for disability advocacy and media. It started at 21 years old, as Ms. Wheelchair MI 2006. As Ms. Wheelchair MI, she spoke out about supporting women with disabilities who are being abused. Two years later she formed Women Empower Inc, its mission was to empower women with disabilities to live their best lives. Later she studied Broadcast Television and graduated with a bachelor’s degree in Journalism from Oakland University.

Tameka has been advocating for over 15 years for access to affordable and accessible housing, fighting against voting oppression towards people with disabilities, racial and gender injustices, and health equity.

Because of the combination of her journalism knowledge, and activism she learned the importance of telling a person’s story. Her short film, Justifiable Homicide, has been nominated and won an award and her My Girl Story documentary has been selected for film festivals.

Besides film, she’s a community organizer for Warriors on Wheels of Metro Detroit. A facilitator for Michigan Disability Rights Coalition. And a Program Assistant and chairperson of the Inclusive Health Committee for Beaumont Health, Healthy Dearborn.

Another important role of Tameka’s life is being a wife and mother of two young children.