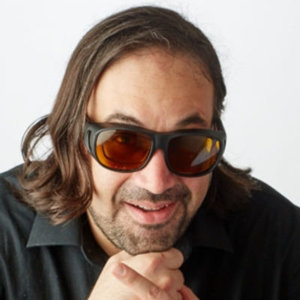 Ben Fox, the founder of the blindDANCE Film Festival, is returning to filmmaking after previously giving up on a lifelong dream.

Only a few months after being featured amongst the first class of the GEN-Y Sundance Summer workshop, and having his short film premiering at the Gen-Y Theatre during the 2001 Sundance Film Festival, Fox was diagnosed with a progressive eye condition. Fox then turned to print journalism.

Fox draws much from his experience working as a city council beat reporter for a small town award winning newspaper. He also often worked with chambers of commerce for the paper. This work led to business consulting, and also opening a small business creating custom media, press releases and marketing plans.

Technology has advanced to the point where software and tools are becoming accessible to the blind and visually impaired. As such, Fox is back to filmmaking full time. He is returning to film with a flurry of shorts created over the past two years, leading up to the creation of a feature film See Sedona Blind, premiering in festivals this summer.

Fox has worked internationally, creating media and launching creative initiatives in both Tokyo and Mexico, in addition to collaborating with artists all over the world.He has partnered with some great teams to unite filmmakers who are blind, and they are creating a film festival specifically to show the world what the Working While Blind Film Crew can do.