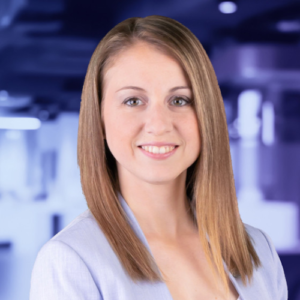 Megan Swanson was a Communications Apprentice in RespectAbility’s National Leadership Program for Winter 2020. RespectAbility is a nonprofit organization fighting stigmas and advancing opportunities so that people with disabilities can fully participate in all aspects of community.

Born and raised in the western suburbs of Chicago (DuPage County), Swanson has never been afraid to face the barriers that were put up against her. Being born deaf and being implanted at age 5 has not stopped her from performing with the color guard, playing the clarinet and cello, and playing basketball and soccer. In fact, it has helped her practice her advocacy, communications, and grow to be independent. During her senior year in high school, she attended the AG Bell LOFT program where she started dreaming of all the things that she could do in the future. While her first dream was physically impossible, she had another dream to put her first dream on the screen and tell stories to break the stigma of barriers. So someday, she’ll make a movie with fighter pilots!

Swanson graduated with a Bachelor of Arts in Digital Cinema Production from DePaul University (Chicago, IL) in 2014. While in college, she also participated and broke barriers in the Disney College Program as an Entertainment performer for 2 years in Orlando, Florida. During her time at the university she also interned with Fresh-Films/Dreaming Tree Films, where she produced and directed programs for kids ranging from 10-18 years old to learn how to film a movie.

Currently, Swanson resides in Los Angeles, California with her fiancée and her puppy. She works as a freelance Production Coordinator in television and film. Some of her credits include Lifetime’s Dance Moms (PA – 3 Seasons), projects with Light Iron/Panavision, and various other projects for private clients. Swanson also volunteers her skills as a coordinator with Signing Animation. In addition to coordinating productions, she has a background in creating marketing and social media campaigns. In her spare time, she loves to go hiking, bake, attend airshows, craft, and spend time with friends and family.

Swanson has a few unique accomplishments under her belt. She has won California Miss Amazing, and National Miss Amazing in 2017. In 2018, she appeared as a contestant on Netflix’s Nailed it (Season 1, Episode 4 – Weird Science). Swanson has been an advocate by speaking at events alongside Justin Osmond and Elena LaQuatra. Swanson has been working on opportunities to break barriers and encouraging others to do so too, because dreams don’t come true on their own! As much as she loves fairy tales, we have to work hard for what we wish for. Swanson’s dreams and goals to break barriers align with RespectAbility’s mission and she looks forward to creating magic with them!

Next: Ensuring People with Disabilities are not Forced to Choose Between Hunger and COVID-19