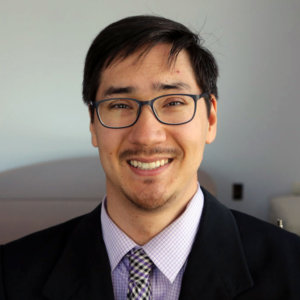 This year RespectAbility played a critical role in protecting people with disabilities during the pandemic in many ways, including economically. In March, when the pandemic took hold in the United States and the federal government prepared to respond, RespectAbility was on hand to help elected officials understand how their actions might help or hurt people with disabilities.

Over the course of my career, I have advocated for people with spinal cord injuries and other disabilities. Last spring, I saw the effectiveness of RespectAbility’s work in advocacy in action.

We worked closely with the Social Security Task Force to push the IRS to allow people on SSI to receive the rebate even if they don’t typically file taxes. This helped approximately 4.3 million people with disabilities.

Given that 90% of COVID-19 hospitalizations are people with underlying health conditions, I shudder to think what would have happened if millions of people had “accidentally” been cut off from their health care coverage. As a RespectAbility board member, I am proud of what we, with your help, have been able to accomplish.

Randall Duchesneau serves as Secretary on RespectAbility’s Board of Directors. He has an undergraduate degree from Cornell and a graduate degree in public health from Yale. He is paralyzed due to a sports injury and is a nationally recognized disability advocate and expert on ADA accessibility.

Previous: The Mandalorian’s Audio Description is Truly “The Way”