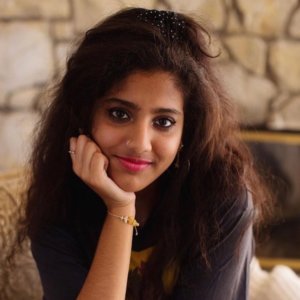 Lizzy Francis was a Communications Apprentice in RespectAbility’s National Leadership Program for Summer 2020. RespectAbility is a nonprofit organization fighting stigmas and advancing opportunities so that people with disabilities can fully participate in all aspects of community.

Francis is a screenwriting major studying to create safe spaces for all groups of people, regardless of identity or ability.

She was born in Wayland, Massachusetts as a second-generation immigrant. At the age of 17, she was diagnosed with Complex Post-Traumatic Stress Disorder and Anorexia, resulting in numerous hospitalizations and a revelation that led to a passion of storytelling and activism through film, especially regarding mental illness and racial issues.

In 2017, Francis worked on an SXSW award-winning film in Vermont that aimed to integrate a crew and cast of people both with and without disabilities.

She wrote her first screenplay in 2017, which confirmed her love for filmmaking. Her second was written in 2018, winning a Communicator Award.

After graduating high school in 2019 at the age of 18, she moved to Los Angeles by herself to pursue a career as a screenwriter and an advocate for those without a voice.

Previous: #ADA30 Summit: The Future of Work for People with Disabilities

Next: New L.A. Toolkit to Help the 143,000 Out-of-Work Angelenos with Disabilities