With every day rolling into the next, it’s nice to know that in the U.S. the calendar marks that we have a long weekend. Memorial Day – America’s Yom Ha’Zikaron – is a day we set aside to remember all our military personnel who died while serving in the U.S. military, helping to ensure America’s four freedoms; freedoms that FDR articulated in his transformative State of the Union Address in January of 1941:

Yes, we underscore that FDR should have – and could have – done more to save countless lives during the Holocaust. Yet is also said that his powerful “Four Freedoms” speech and vision transformed our nation and the world. He projected the idea of all Americans pulling together (and needing to continue to do so) to face a moment of crisis.

Here we are, yet again, in a monumental moment of crisis. An ongoing moment where three of these four freedoms are in jeopardy: our freedom to worship remains remote and virtual; close to 39 million Americans’ freedom from want is now, at best, on hold; and freedom from fear – fear of the virus, for every inhabitant worldwide, awaiting a vaccine.

This Memorial Day, let us also think about the pandemic’s front line workers whose lives have ended abruptly as they selflessly served those stricken with COVID-19: the doctors, nurses, bus drivers, grocery store workers, and more. And, let us take a ‘moment’ to remember the 94,729 U.S. lives lost, and the 333,323 global lives lost, to date, during this tortuous time.

On a more positive note, enjoy this great piece that lifts up the critical work of one of our own – Matan Koch! He made the cover story of the Jewish Journal! It’s an honor to work with Matan, and the rest of my dedicated staff, during this pandemic. So much to do, so little time!

Shabbat Shalom – may you enjoy your socially-distanced BBQ this weekend!

Matan Koch spoke about how his role as the director of RespectAbility California and Jewish leadership has changed. 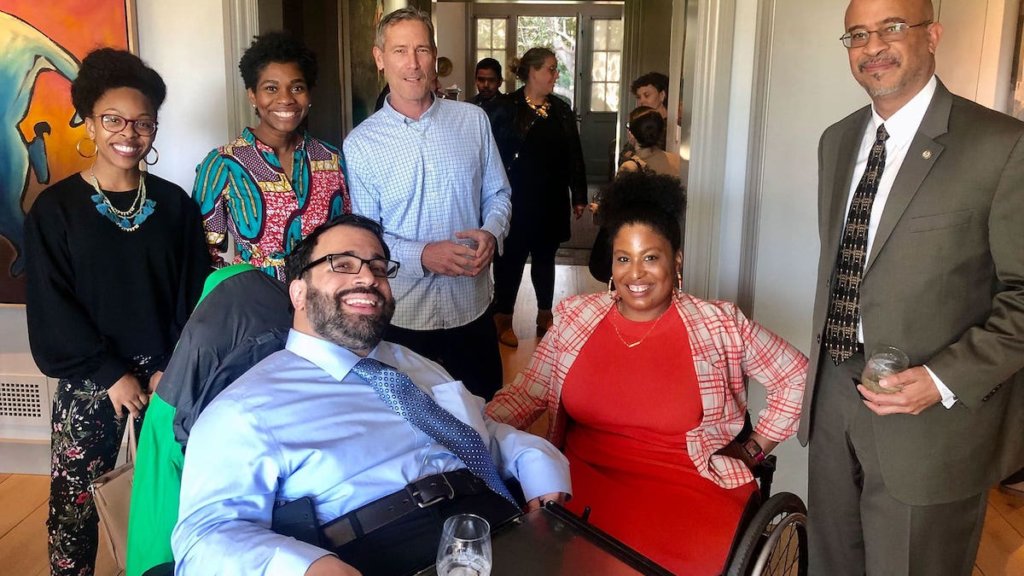 Matan Koch and Tatiana Lee at an event in Hollywood

…As the son of a rabbi, Koch decided his next move was to attend rabbinical school. That is, until he was approached by philanthropist and former political consultant Jennifer Mizrahi, founder of RespectAbility — the Rockville, Md.-based nonprofit working to erase stigmas and advance opportunities for individuals with disabilities.

Mizrahi was looking to expand the organization to Los Angeles and she set her sights on Koch. “If you go on Google to figure out who are the smart people that you really want to know about, in five minutes you know that you want to know Matan Koch,” Mizrahi told the Journal. In persuading Koch to take the position, she told him, “I am hoping you will come to see this as the alternative path, that rabbinical school was not for you.”

“We’ll find out once I have been walking the path for a while,” Koch replied.

Read the full article at the Jewish Journal

Previous: New Toolkit Helps Organizations Ensure Their Zoom and Other Virtual Events Are Accessible to All