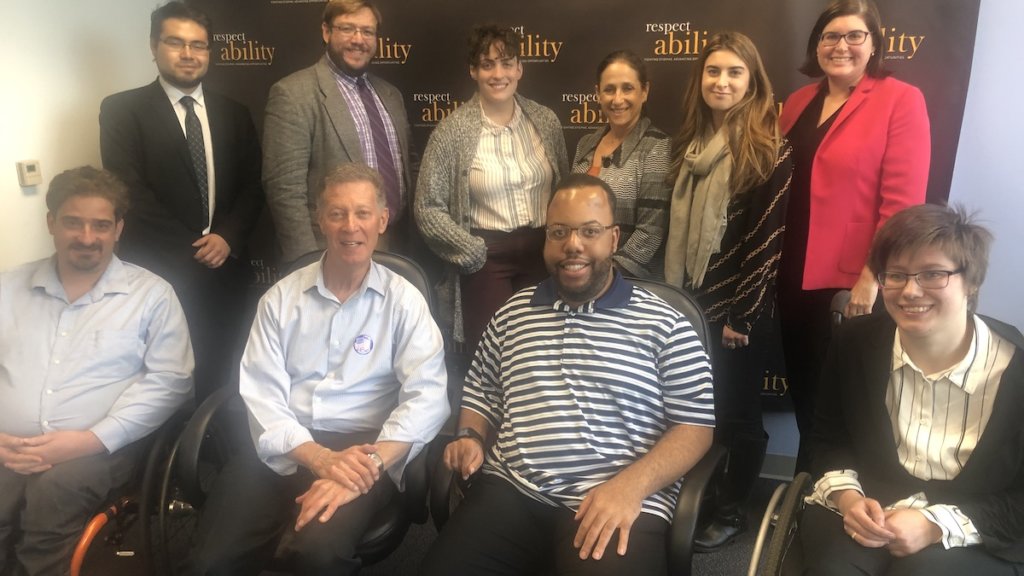 Rockville, Md., November 25 ‒ Larry Lipman had a lengthy career in political reporting that gave him connections and opportunities to see change happen. Speaking to RespectAbility Fellows, Lipman stressed that if you start small in your field, you can gain necessary skillsets to make an impact moving forward.

He served as a reporter for several small newspapers including the Fredrick News-Post, between 1972 and 1974, and as editor for The Montgomery County News. From 1974 to 1984, Lipman was a reporter for the Orlando Sentinel covering city hall and the state capital.

From 1984 to 2008, Lipman served as the Washington Bureau Chief of The Palm Beach Post, covering Washington, D.C., news on issues related to aging, health care policy, drug smuggling, immigration and the environment.  He then spent 10 years as an editor for the AARP Bulletin and AARP the Magazine.

Lipman’s father saw his passion for writing and pointed him in the direction of a small weekly newspaper. “He ended up convincing the publisher to hire me for $50 a week and just by coincidence, my father started taking out an advertisement in the newspaper that costs $50 a week,” Lipman said. “It probably took me thirty years to realize he would pay for my summer job.”

Lipman’s job for the weekly newspaper was to cover Montgomery County. He covered everything from the Montgomery County Commission in Rockville to rallies for George Wallace and Hubert Humphrey.

Lipman grew up in a political climate that involved the assassination of President John F. Kennedy, the Vietnam War and the peak of the Civil Rights Movement. “I grew up in a time when what was going on nationally was really interesting and exciting. There were a lot of opportunities,” he said. 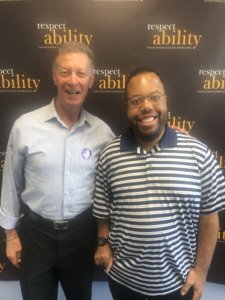 Lipman was a government and politics major at the University of Maryland. All of his friends with that major went to law school, which wasn’t the right fit necessarily for him. He thought about being a press secretary. The only question was where he would get the experience for the position.

As an Orlando Sentinel reporter, he was sent to work at the Lakeland Bureau, which was 60 miles from the main office. He was a part of a bureau with three other people, and together they covered the entire county. He worked there for a year and a half and went on to become the bureau chief at another bureau closer to the main office.

The upward trajectory within the Orlando Sentinel led to him becoming the city reporter for the newspaper covering Orlando city hall for a number of years and then to the state capital.

“Later on, when people offered me jobs as press secretaries, I said I don’t know if I want to do that. I would much rather be the one needling the politicians and [asking] ‘why aren’t you doing this? Why this policy instead of that policy? What about these roads in the black community that aren’t paved?’” Lipman said.

He wanted to drive home a crucial point for the Fellows: Start out small and find a level you can have an impact on. In the journalism profession specifically, the landscape has changed in terms of how journalists can publish their work. A small print publication, online blog service or newspaper are now viable options.

As a journalism teacher at George Washington University for 14 years, his goal was to help his students get jobs. A lot of them would say they are going to apply to CBS, NBC, FOX – the big-name companies.

The questions he raised to both his students and the RespectAbility Fellows to keep in mind in the global job search were very important: “What is the opportunity there? What kind of a position are they giving you? Is it just the name on the letter head? Okay, you work at CBS, what are you doing? Or is it the opportunity to actually participate and have an impact where you are?”

RespectAbility is a nonprofit organization fighting stigmas and advancing opportunities so that people with disabilities can fully participate in all aspects of community. This fall, eight Fellows have the opportunity to learn from a variety of guest speakers. Learn more about the National Leadership Program and apply for the next cohort! Contact [email protected] for more information.

Anthony Brown currently writes recruiting profiles for athletes in high schools and junior colleges across the United States for PorterMedium.com. He graduated from the University of Maryland College Park with a bachelor’s degree in English language and literature.

Next: Lauren “Lolo” Spencer on the Importance of Authentic Storytelling