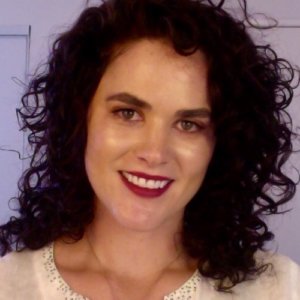 When Stephanie Rancier first saw E.T. the Extra Terrestrial as a very young child, she was scared to pieces and vowed to never lay eyes on the movie. Some years later while recovering from a life-changing medical trauma at 19-years-old, she broke her vow—after all, the hospital’s movie supply wasn’t infinite…. About two hours later, on a routine check, a caring nurse was suddenly alarmed with concern when she saw tears streaming down her face. She looked up at her and said, “Elliott doesn’t have his friend anymore.”

Even still, she always tells anyone who may inquire about her favorite films that E.T. taught her how to cry. “We all have certain movies and TV series that will always hold a special place in our hearts and memories — E.T. is just one of my favorites, but my second viewing experience is certainly when I realized that I wanted to help others by making impactful stories that hopefully have significant meaning for others whether though tears, laughter, or hopefully both.”

Ever since, she sprung from that hospital in her native Texas, she has been on an untiring quest to fulfill her goal and work in the film and television industry. While finishing her Bachelor’s degree in History from Texas A&M, she got the news she earned admission to the graduate program at the USC Film School for Film and TV production. While earning her Master’s degree, she quickly learned that producing is not only her strong suit, but also the ultimate career goal I continue to work passionately for.