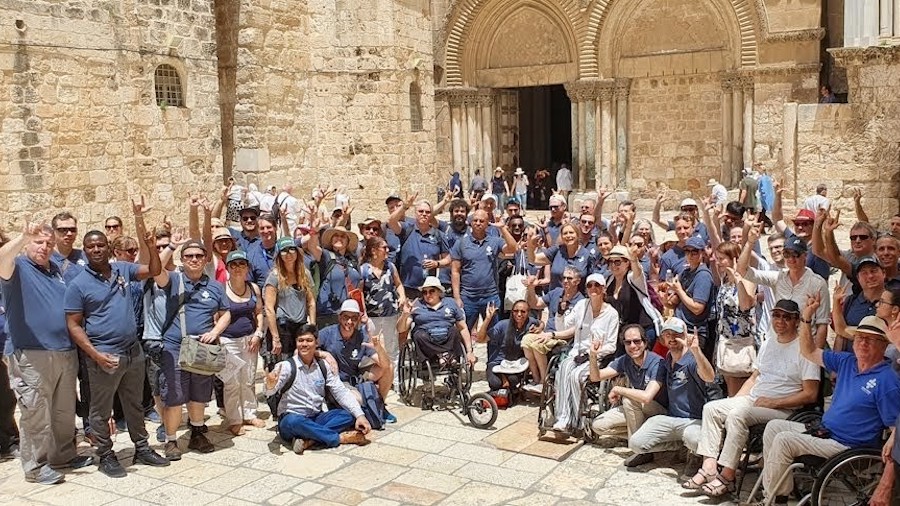 This week’s Shabbat Smile was written by Howard Blas about a recent Access Israel conference.

Yuval Wenger knows a thing or two about accessibility and inclusion in Israel—and he has been sharing it with Israel and the international community for over two decades. As Founder and President of Access Israel, the NGO that promotes accessibility in Israel, he spoke at its recent international conference.

Yuval depicted Israel’s transformation in accessibility through his family’s own story: he grew up with a father in a wheelchair, and later became a wheelchair user himself. As a child, Yuval simply accepted the fact that he and his siblings would have to help their father navigate the inaccessible world of Israel. This sometimes meant carrying him to get places.

Many years later, as a 22-year-old pilot in the Israeli Air Force, Yuval Wenger became paralyzed when his helicopter crashed. He later married, had three children, and enjoyed family time. But living with a disability in Israel reached a peak during a family vacation: despite being told that lodging would be accessible, Wenger was unable to enter the bathroom in his wheelchair. Outraged, Wenger wrote about his plight to then-President Ezer Weizman, also a former pilot. To Wenger’s surprise, he received a response two days later from Weizman, ordering him to start Access Israel and come to his home six months later to celebrate its founding.

As a disabilities inclusion professional and as a writer, I have been privileged to attend many conferences and trade shows in great settings with top sessions and networking opportunities. But the Access Israel conference provided all of this and more. There were many opportunities throughout the conference for meaningful conversation across a wide range of settings—from Shabbat dinner at Wegner’s home to the Feast for the Senses, where we experienced dining without the use of our vision, hearing, or hands.

The program itself also provided attendees with a glimpse into the latest thinking and technology in the disability community. One such highlight was a Google presentation on accessibility. Eight members of Google’s accessibility team from New York and California hosted an Accessible Technologies Speed Dating event in which pairs of delegates briefly toured seven stations, learning about such technologies as SignTime (translates texts in to sign languages), Steps (online map), and some Israeli startups: EyeControl (screenless device, assistive technology), Right Hear (turns public spaces into accessible environments for people with orientation challenges), StepHear (orientation and guidance systems for blind and visually impaired), Accessible Roads (navigation on accessible streets and roadways), Travaxy (accessible travel), and GalaPrompter (vocal recognition and audio description software for deaf, hard of hearing, blind and low vision theatre-goers).

The conference showcased Israel’s people, technology, food and “Start-Up Nation” status in the most favorable of lights. We learned, for example, that Israel has a type of legislation that requires Israel’s government institutions with more than 100 employees to fill at least five percent of jobs with disabilities; Israel’s beaches also boast several access points and ramps; and Israeli ambassadors are working in local communities in Bulgaria and Ecuador to help their local communities build accessible playgrounds.

As Commissioner Victor Calise of NYC’s Mayor’s Office for People with Disabilities said, “It is always a pleasure to travel around the world to see what our international partners are doing to improve accessibility. Israel is no exception as I truly enjoyed going to the 7th Annual Access Israel Conference and learning more about the accessible and inclusive technology they are developing. . . . While New York City is working to become the most accessible city in the world, it’s important to see what others are doing to advance disability rights on the global stage to motivate and learn from one another.”

Thank you, Yuval Wegner for sharing such a powerful story; for founding Access Israel; and for the remarkable conference that brought so many interesting, wonderful people together to learn from one another. Hope to see you all next year! 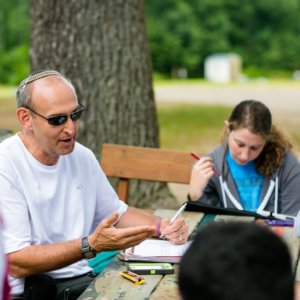 Howard, a social worker and special education teacher by training, teaches Jewish Studies and bar/bat mitzvah to students with a range of disabilities and special circumstances. Howard writes regularly for many Jewish publications including the Jerusalem Post, JNS (Jewish News Syndicate), and The New Normal (of the New York Jewish Week). Howard received the S’fatai Tiftakh Award from Boston Hebrew College’s Center for Jewish Special Education in 2012 and the 2013 Covenant Award for Excellence in Jewish Education.