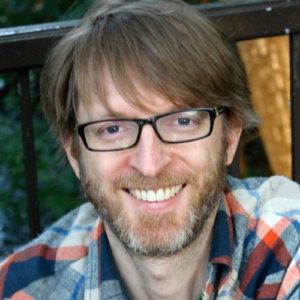 As the progeny of union laborers and therapists, Keith Hedlund has a penchant for stories that combine deft navigation of social issues with overconfident assessments of human relationships. By the time he earned his MFA in film and television directing from UCLA’s School of Theater, Film and Television, Keith had worked as a detective’s assistant, a community organizer, an ice cream man, a schoolteacher, and a maple syrup sap tapper—experiences that all find their way into his writing and directing.

Keith’s work has received a Sloan Science & Film Feature Screenwriting Award and multiple short film awards. He’s worked with George Clooney’s Smokehouse Pictures, Creative Differences Productions, the AMDA College and Conservatory, and UCLA’s Center for Engineering, Media and Performance. He writes and directs using multiple forms, including live action narrative, documentary, and animation. In addition to his degree from UCLA, he holds an MFA in creative writing from Brown University. He is a member of the Caucus for Producers, Writers & Directors.

Keith’s experience with epilepsy has strengthened his long-time commitment to social advocacy and has been an important inspiration for his work.