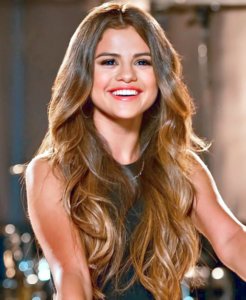 Three years ago, pop star and actress Selena Gomez strutted onto Ellen DeGeneres stage wearing a black floor-length dress and heels. Her hair was slicked back and wavy. Her face held a look of intention. She sat with both a stiff back and smile and told Ellen and the world what it is like to live with Lupus.

Lupus is a chronic autoimmune disease that causes the body to attack itself, unable to differentiate between its own healthy tissue and invaders. According to the Lupus Foundation of America, 1.5 million people have Lupus in America and five million have it worldwide.

Since her diagnosis, Gomez now 26, has prioritized her wellbeing but also has continued advancing her career. Studies show many people within the Latino and other communities hide their invisible disability due to negative stigmas, but Gomez has chosen to use her expansive platform to educate the world and invite people to engage with and learn about disabilities. It is because of this, that she is the perfect candidate for RespectAbility’s #RespectTheAbility campaign, which is highlighting individuals with disabilities who are extremely successful in their chosen career.

Well done @selenagomez putting #lupus in the spotlight. Vicki has lupus. We are proud to be an inclusive company working with #disability

Gomez was born in Grand Prairie, Texas where her single mother raised her. She was named after famous Tejano singer and actress Selena Quintanilla-Pérez.

At the age of 10, Gomez made her first television appearance alongside actress and singer, Demi Lovato on Barney and Friends. From there, her career took off as she starred in both the Disney television series The Wizards of Waverly Place and the movie of the same name. However, it did not take long for her audience to perceive her as more of a singer than an actor. After recording a handful of songs for the Disney Channel, in 2009 Gomez formed a pop rock band Selena Gomez and The Scene. Their first single came out August of the same year. Since 2009 she has created two studio albums, one compilation album and fourteen singles both with and without her band, and her musical career is only continuing to grow.

More recently, the public noticed that Gomez had been out of the media spotlight. Due to her lupus, her kidneys failed, leading to a transplant.

“There aren’t words to describe how I can possibly thank my beautiful friend Francia Raisa. She gave me the ultimate gift and sacrifice by donating her kidney to me. I am incredibly blessed. I love you so much sis.”

I’m very aware some of my fans had noticed I was laying low for part of the summer and questioning why I wasn’t promoting my new music, which I was extremely proud of. So I found out I needed to get a kidney transplant due to my Lupus and was recovering. It was what I needed to do for my overall health. I honestly look forward to sharing with you, soon my journey through these past several months as I have always wanted to do with you. Until then I want to publicly thank my family and incredible team of doctors for everything they have done for me prior to and post-surgery. And finally, there aren’t words to describe how I can possibly thank my beautiful friend Francia Raisa. She gave me the ultimate gift and sacrifice by donating her kidney to me. I am incredibly blessed. I love you so much sis. Lupus continues to be very misunderstood but progress is being made. For more information regarding Lupus please go to the Lupus Research Alliance website: www.lupusresearch.org/ -by grace through faith

Our nation’s economy is strongest when it is inclusive of the value that diverse talent brings to the workplace. Haben Girma became the first Deafblind person to graduate from law school when she earned her degree from Harvard Law School in 2013. Harriet Tubman had epilepsy, business leader and Shark Tank superstar Barbara Corcoran is dyslexic and gymnast Simone Biles has ADHD. Each of them, like Gomez, is a positive role model for success.

Gomez used her experiences with the media and her disability as inspiration for her album, “Revival,” which hit shelves October 2017. It is rumored that fans can expect Gomez to share even more of her story as she is said to be working on a documentary about her Lupus. There is no news as to when this documentary is to come out, however, she has proven that she will never stop acting as a role model for her fans, now including those with disabilities.

Next: Frida Kahlo, Role Model for Artists, People with Disabilities and Bisexual Women