A Tribute to David and Cecil Rosenthal: by Josh Goodrich 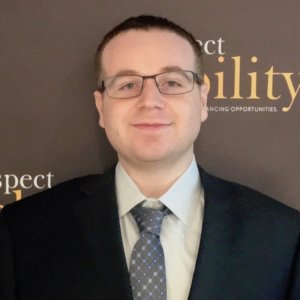 As we all know, on Shabbat October 27th, The Tree of Life synagogue was holding three congregational services at the same time. One involved a baby naming ceremony. Our name is part of our identity, and our identity is something that we continue to develop as we age. David and Cecil Rosenthal had multiple pieces to their identity. Besides their name, they were brothers, members of the Squirrel Hill neighborhood, “Yinzers”, Americans, and people with disabilities. However, they were both killed because of one aspect of their identity: they were Jewish. Let that sink in. The Rosenthal brothers were victims of the Tree of Life synagogue massacre because of this one aspect of their identity.

Jews have a history of being subjected to violence. As a child, during the Passover holiday, the older generations taught me about our persecution and enslavement in Egypt. Later, I learned about the Holocaust and the genocide of the Jewish people. I learned how Jews had to flee their homes, places they once thought were safe, so they would not have their name and their identity stripped away, replaced by a tattooed number on their forearms. As an adult I thought the violence against Jews had ended—at least in the U.S. I thought that the historical hatred was fading. On October 27th, the perpetrator reminded me and all fellow Jews and humanity of the evil in the world. The perpetrator reminded the Jewish community that some people hate us. The perpetrator, whose name I refuse to write, decided to act upon this evil and hatred.

The Harvard Joint Center for Housing Studies published an article in April 2016 about disability housing. When they researched independent living, the researchers found that “People with disabilities living in these settings are more likely to achieve positive outcomes and experience improved personal and support-related quality of life than individuals living in larger settings.”

The results are visible in the Squirrel Hill community. Cecil Rosenthal was reportedly outgoing and gregarious. People in the community described him as the unofficial mayor of Squirrel Hill. Cecil knew everyone’s business. He was aware of the world around him and the intimacies of people’s lives. He knew who was getting married and who was getting divorced. He knew if someone was ailing and would want to know how that person was doing. David Rosenthal was more private and shy, yet he was quite humorous. David loved learning about first responders, such as police officers and firefighters. David worked for Goodwill. He would keep things where they belonged, and he had a precise bedtime, 8 o’clock.

When the Yinzer community attended their funeral, they did it to show that they cared about them. Hundreds of people – including members of the Pittsburgh Steelers — came to pay their respects, as a testament to David and Cecil’s life. Instead of being sad or angry, the rabbi chose to thank the grieving family. He said, “You gave us this beautiful gift of David and Cecil. We thank you for sharing that gift with us.”

As we say, May David and Cecil Rosenthal’s memories be a blessing.

Josh Goodrich joined RespectAbility because he grew up with many family members who had disabilities. He regularly publishes content for the BuzzFeed Community, a section for the popular digital media website.