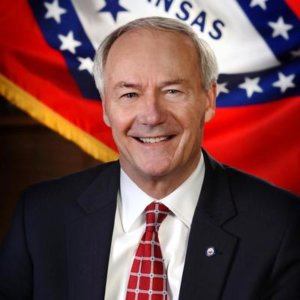 “In workplaces all across Arkansas and the United States, talented employees are vital to ensure the success of various corporations, government entities, and private sector organizations,” Hutchinson stated.

“People with disabilities offer a wide range of expertise and play an integral role in our efforts to build an inclusive community and strong economy,” Hutchinson adds. 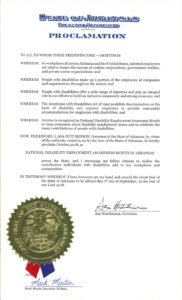 University of Arkansas will offer information sessions throughout this month. On Oct. 1, they offered an introductory informational session about disability etiquette and sensitivity overload. On Oct. 24 at 9:00-10:30a.m. and 1:00-2:30p.m., the university also will host panels on assistive technology and accommodations.  During the panels, they will demonstrate various technologies and go through case studies on how they make a difference with students.