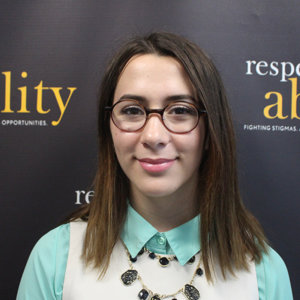 Donald believes that everyone deserves an equitable opportunity to thrive. The daughter of two public school teachers, Donald’s passion for fairness and equality developed while listening to her parents discuss the limits and failings of the public school system. This ardor only grew as she began to study law and government in college, as she observed that source of so many American citizens’ strife is structural and institutional.

A rising senior at the University of Maryland, Donald currently is pursuing an undergraduate degree in government and politics with a minor in professional writing. She also participates in a 4+1 graduate program, where she is able to complete a masters in public policy in addition to her undergraduate degree. After completing her masters, she plans on attending law school, with the goal of specializing in constitutional law.

Donald is originally from Frederick, Maryland. During her youth, she interned for five years at the Maryland Shakespeare Festival. During this time, she cultivated a love for the poetic meter—especially blank verse and anapestic tetrameter. An avid reader, she enjoys all genres of literature. Her favorite authors are Terry Pratchett (Discworld) and Amy Hempel (At The Gates of The Animal Kingdom).

Donald wrote two pieces during the 2018 Summer Apprenticeship. Check them out on our website:

Next: Learning About Myself and Coming Into My Own