Geoffrey Melada: The Importance of Storytelling 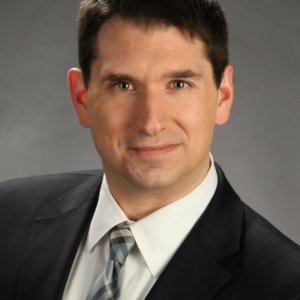 Rockville, Maryland, June 7, 2018 – Geoffrey Melada, the director of communications for Hillel International, believes in the power of storytelling. So much so that he began his recent mentoring session with RespectAbility’s Fellows with a story. Melada told the story of how Sen. John McCain and his fellow prisoners of war used a “tap code” system to communicate with each other while held captive in the “Hanoi Hilton” during the Vietnam War. Why didn’t years of confinement break McCain? Communication. The ability to share their stories and emotions kept McCain and his fellow American POWs sane. “Their tap code,” said Melada, “was the key to their resilience.”

Melada went on to explain that storytelling is key to fundraising, a high priority in the nonprofit sector. He conceded that most organizations recognize by now that telling stories is important for “fundraising and friend-raising,” but don’t necessarily know where to start. This is where a good story comes in. Melada showed the fellows an Oscar-winning animated short about a baby sandpiper who must conquer its fear of the ocean to feed and encouraged the Fellows to brainstorm what made the six-minute short so compelling. Responses soon filled the board, as Fellows observed that the story contained conflict, compelling characters, creative problem solving and relationships.

He then showed the Fellows a video that Hillel International produced about Jordyn Zimmerman, a student at Ohio University who uses an iPad to speak and was recently named the co-chair of Hillel International’s Student Cabinet. He asked them to consider how the documentary-style film shared many of the same storytelling elements as “Piper.” Both are stories about characters who undergo a transformation, who grow, gain wisdom and, in doing so, teach the reader something new.

Melada ended his talk by discussing a piece he recently published in Creative Nonfiction about the long-term outcomes of people who experienced childhood trauma. Melada noted how remarkably resilient many of these people are, leading independent and productive lives as adults despite surviving childhood trauma.

When writing about people with highly emotional stories, he advised, don’t compete by turning up the emotional temperature of the piece. “When your characters go hot, you go cold,” he said, recounting advice he received from his thesis advisor at Columbia University’s Graduate School of Journalism. “The best storytelling in journalism elevates the characters, not the writer. Raise your characters’ voices high. Let your subjects do the singing.”

RespectAbility is a nonprofit organization fighting stigmas and advancing opportunities for and with people with disabilities. This summer, 11 Fellows had the opportunity to learn from a variety of guest speakers. Learn more about the National Leadership Program and apply for the next cohort! Contact [email protected] for more information.

Previous: More Than One-Third of LGBTQ Adults Identify as Having a Disability

Next: Empowering Job Seekers with Disabilities in New York City