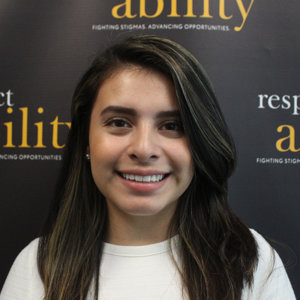 Nieves is pursuing her bachelor’s degree in Criminal Justice with a minor in Political Science at Rutgers University-Newark. On campus, Nieves is involved with social justice in urban cities and is a member of the BOLD Women’s Leadership Network. She also is an Honors Living-Learning Community (HLLC) scholar. In HLLC, she takes social justice classes every semester, consisting of urban education, intersectionality and international cultures. Her experience through urban education as a Rutgers Inspires Student’s Early advisor led to her interest in children with disabilities.

Her professional and personal interests in the future include attending law school, traveling around the world and representing disenfranchised peoples such as those with disabilities, immigrants and people of color. One of her personal missions is to help people with disabilities in prison and juvenile detention. Her favorite nonprofit organization to advocate for is Mallory’s Army, a nonprofit in New Jersey focusing on the fight against bullying. She babysat 12-year-old Mallory for a year and tragically lost her from suicide due to bullying. She is passionate about bullying and suicide awareness among children and would like to learn about its correlation with people with disabilities.

Her mother and father motivate her to work for marginalized people in America. Her mother immigrated from Colombia to the U.S. at the age of 19, and her father is from Puerto Rico. Living in a predominately caucasian area in New Jersey, her family was marginalized regularly for being Latino. From the early complications of buying a house in the suburbs to her personally getting bullied in school for looking different and speaking two languages, Nieves understands intersectionality. As a minority, she can relate to others who have intersecting identities and plans to focus her career on public service for marginalized people.

Nieves wrote one piece during the 2018 Summer Apprenticeship. Check it out on our website: