WEBINAR: Results of New National Poll of Voters with and without Disabilities

This webinar covered the results of the first national poll to cover a number of new issues from a disability perspective, including the views of the disability community on the NRA, pro-life groups, President Donald Trump, healthcare, values and other issues. 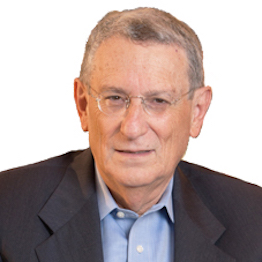 Stanley Greenberg is a New York Times best-selling author and polling adviser to presidents, prime ministers and CEOs globally and right now is conducting deep research in more than a dozen countries. He was the senior pollster for President Bill Clinton and Vice President Al Gore, British Prime Minister Tony Blair, and President Nelson Mandela. Greenberg’s corporate clients include Boeing, BP, Microsoft, and other global companies. Greenberg was inducted into the American Association of Political Consultants’ “Hall of Fame.” He has been described as “the father of modern polling techniques,” “the De Niro of all political consultants,” and “an unrivaled international ‘guru.’” Esquire Magazine named him one of the most important people of the 21st century. Republican pollster Frank Luntz says, “Stan Greenberg scares the hell out of me. He doesn’t just have a finger on the people’s pulse; he’s got an IV injected into it. He’s the best.” He is always on call because his research is relevant, innovative and deep, whether it is exploring the new economy, climate change, new gender roles, political reform, or the hegemonic role of millennials.

Previous: Study Reveals Education and Employment Gaps for Those with Disabilities in California

Next: Muhammad Ali—Dyslexic Role Model Fought in the Ring and for Racial and Social Justice