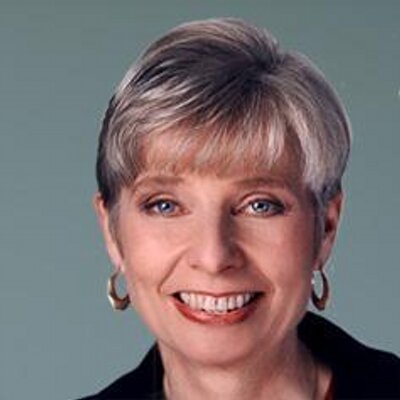 Rockville, Md., Nov. 27 – Recently RespectAbility Board Member Eleanor Clift joined staff and Fellows for lunch, enlightening them about her journey as a journalist and in advocacy work at different nonprofit organizations including RespectAbility.

Clift began her journalism career as an intern at Newsweek during the time where the United States was going through many influential movements. The Women’s Movement of the 1970s was the reason she received the opportunity to work at Newsweek. However, the ultimate tipping point that gave her the leeway to gain the internship at Newsweek was the class act law suit the women of Newsweek in New York brought against the magazine for gender discrimination.

“What the magazine agreed to do was a class action settlement where women working at the magazine could do internships,” Clift explained. “I did do an internship and I have never taken a journalism course in my life. In fact, I never even had a college degree but, I’ve been in the magazine for years I have sort of organically learned how to do reporting so I thank the women who brought that law suit.”

She became a reporter at Newsweek and was assigned to cover Jimmy Carter’s campaign when he ran for President. Because of her stellar work, she was given a major role to play at the magazine. When Cater won, she moved to Washington, D.C.

Her cover story for Newsweek about the television show Mad Men won acclaim for capturing the era when women were relegated to the secretarial pool. This was also the era where advertisements were brought online and journalism changed from print to online platforms.

“Newsweek collapsed under the weight of that but they still do publish,” Clift explained.

“Monday mornings we have our morning call, which is organized out of New York and they get people on the phone everybody pitches three ideas and you wait to see what shakes out,” Clift explained her routine.

Clift is perhaps best known as a panelist on the syndicated talk show, The McLaughlin Group, which last year ended a record 34-year run with the death of host and creator, John McLaughlin. She has appeared as herself in several movies, including Dave, Independence Day, Murder at 1600 and the CBS show Murphy Brown.

She has authored and co-authored several books, including, Selecting a President, Founding Sisters and the 19th Amendment, Two Weeks of Life: A Memoir of Love, Death and Politics, Madam President: Blazing the Leadership Trail and War Without Bloodshed: The Art of Politics.

“She was the first female reporter to really be in a real newsroom,” said Jennifer Mizrahi, the founder of RespectAbility, a nonprofit organization advancing opportunities for people with disabilities. “It is just extraordinary what Eleanor does in regards to opening doors for people. She is the first one to be taken seriously and be taken in.”

Besides being a well-known journalist, she also is known for her philanthropy work. She is on the advisory council of the International Women’s Media Foundation, the Boards of the Center for Politics and Journalism and the American News Women’s Club and the Board of Governor’s of the National Hospice Foundation.

Most importantly, she plays a crucial role as a philanthropist on the Board of Directors for RespectAbility. She recalls how she came about the organization and working on advocacy for persons with disabilities.

“I have known Jennifer for how long now, 30 years and so when she is involved with a new project I inevitably get pulled in so, and it is not an issue I have any personal connection with but ten minutes of hearing her talk and you realize you do have a connection whether you know it or not,” Clift elaborated on her connection with RespectAbility.

Fellows and staff spoke to Clift about their upcoming projects including their work with social media platforms such as LinkedIn, Facebook and Twitter. The Fellows also shared their knowledge on how they found out about RespectAbility including why they chose to work on advocacy and philanthropy work on persons with disabilities.

Clift commended the work that RespectAbility is doing that has taken off in a positive direction.

“It is a small enough organization and that it feels like it is ready to take off,” Clift said.

Next: Jewish Leaders Stand Up Against #ABLEISM