RespectAbility Staff Jul 11, 2017 Bio – Board, Board of Advisors 0 comments

Paul Martin, Board of Advisors 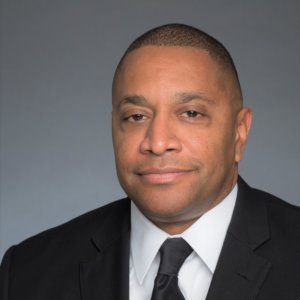 Since joining Sony Pictures Entertainment in 2008, Martin has successfully implemented a multi-prong inclusion and cross-cultural strategy that has elevated traditional diversity boundaries in order to build an environment of global inclusion. He has introduced partnerships and programs with the goal of targeting emerging and culturally diverse creative talents as content suppliers, writers, producers and directors whose stories will inspire and entertain global audiences.  He also manages several global strategic initiatives aimed at continuing to increase diverse representation throughout the organization as well as building a culture of inclusion.  Most recently, Martin spearheaded the launch of Sony Pictures Action, a racial justice and inclusion strategy, based on four pillars – Our People, Our Content, Our Partners and Our Community. He is the Co-Chair of the Action Council, an organization comprised of 14 senior executives and 7 global subcommittees that oversees all Sony Pictures Action initiatives. One of the flagship programs Martin created and continues to manage is SPE’s 13 Employee Business Resource Groups (EBRGs) with more than 1,400 global employees participating and sharing common interests that foster inclusion and belonging as well as elevate professional development.

Martin’s expertise and unique leadership style has earned him many professional recognitions, including the African American Film Critics Association, California Diversity Council, Walter Kaitz Foundation, Diversity Vanguard Award, for achievements in Diversity & Inclusion and he is a two-time recipient of Sony’s HR Compass Award, Sony Corporate’s highest annual award given for high impact programs. He has also been recognized by Variety in their 2019 Inclusion Impact Report, and Black Enterprise Magazine as one of top inclusion executives in the country.

Prior to joining SPE, Martin was Vice President of Worldwide Recruitment for Warner Bros. Entertainment. Martin holds a B.A. from Wesleyan University and a J.D. from University Of Southern California (USC) Law School. Martin resides in Los Angeles, California with his wife Laury, his son Aaron and his three dogs – Symba, Buster and Blueberry.