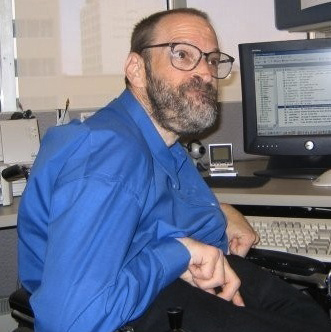 Jacobson retired in 2008 from Wells Fargo Bank after 29 years, most recently serving as Senior Vice President in charge of their System Automation Management and Wireless Technology Divisions, and previously as Chief Systems Architect for the retail business.

Over the past 35 years, Jacobson has been an advocate and change agent for the economic development of people with disabilities. In 1975 he co-founded the CIL Computer Training Program, a nationally recognized training program, enabling people with significant disabilities to become computer programmers. When he stepped down as Chairman of the Board of CIL in 1994, more than 300 students had graduated, 92% of who had found competitive employment. More than 28 other programs throughout the U.S., Canada and Puerto Rico now use the CIL CTP as their model. Jacobson also founded the Association of Rehabilitation Programs in Data Processing, and helped create the Neil Jacobson Computer Center in Uganda.

Jacobson has continued his work on economic development for people with disabilities as a Board member and past Chair of the World Institute on Disability (WID). He was also the Vice-Chair of the President’s Committee on Employment for People with Disabilities under the Clinton Administration. He now chairs WID’s Center for Economic Growth (CEG). CEG is developing and promoting CareerACCESS – a Social Security Reform Program eliminating work disincentives and providing people with disabilities services required to build careers.

Believing that Judaism must ensure that all people are able to do Tikkun Olam (repairing the world), Jacobson works with his Temple and Union of Reform Judaism (URJ). He chairs Temple Sinai’s Access Committee and represents the Committee on the Temple Board. He has presented at several URJ Biennial Conferences and at the Hebrew Union College in New York. He made a video for the URJ’s Disability Inclusion Project and has written several articles for the The URJ’s Religious Action Center.

Jacobson received a B.S. in Mathematics from Hofstra University and completed his MBA at Golden Gate University. In 1991, he was inducted into the California Hall of Fame. Jacobson has received many awards for his contributions, including the Independence Award from CIL, the Murray Award from the American Academy for Cerebral Palsy, Alumnae of the Year at Golden Gate University and the 2014 Henry Viscardi Achievement Award.

Jacbonson lives in Oakland, California, with his wife Denise. Their son, David, lives nearby.