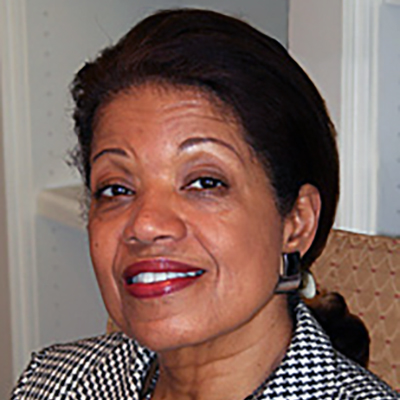 Janie Jeffers has had a distinguished career in public policy, education, executive management, public relations, planning and criminal justice at the federal and local levels. President Clinton appointed Jeffers as a Commissioner to the United States Parole Commission in 1999.

In April 1997, she served as Executive Deputy Director for the Federal DC Interagency Task Force at the White House Office of Management and Budget, where she coordinated technical assistance to the District of Columbia government on economic development and public/private partnerships. She also worked for the First Lady and President Clinton. From 1996-1997, she was the Senior Policy Advisor for the President’s Crime Prevention Council, chaired by Vice President Gore. From 1992-1996, at the Justice Department, she served as Chief of the National Office of Citizen Participation for the Bureau of Prisons. From 1985-1991, she worked for the New York City Department of Correction, rising through the ranks to become the first civilian to serve as Deputy Commissioner.

In 2000, Jeffers left the Commission and launched Jeffers and Associates LLC, a strategic management consulting firm providing services to Harvard University, the Justice Department, the Joint Center for Political and Economic Studies, the Kellogg Foundation and criminal justice organizations. She serves on several non-profit boards. She also is an Adjunct Professor of Criminal Justice at her alma mater – Howard University School of Social Work. Jeffers is one of the authors of RespectAbility’s “Disability & Criminal Justice Reform: Keys to Success” report.