On Fourth Anniversary, RespectAbility Announces New Officers and Welcomes New Members to Its Board 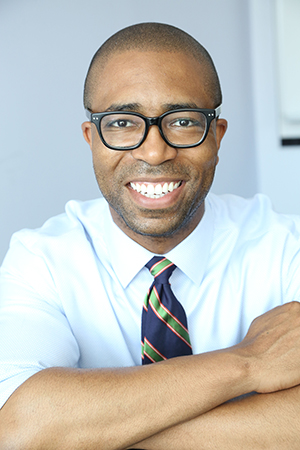 Rockville, Md., July 19 – RespectAbility, a nonprofit organization fighting stigmas and advancing opportunities for people with disabilities, today announced the additions of new members to the boards of directors and advisors, as well as new officers. Notably, Calvin Harris has been elected to be the chair of RespectAbility. He follows co-founder Donn Weinberg, whose impact on RespectAbility and the disability sector has been indispensable.

“We are deeply grateful for Donn Weinberg’s leadership and delighted that he will remain as chair emeritus,” stated RespectAbility President Jennifer Laszlo Mizrahi. “ Meanwhile, we are extremely excited for Calvin Harris to assume the role as board chair, as well as the additional high level perspectives and personalities that will join him on RespectAbility’s board of director and advisors.”

A native of St. Louis, Missouri, Harris became involved in the disability space as a teenager. Because of his mother’s work in the neuromuscular lab at the Washington University School of Medicine, Harris engaged with many kids with disabilities and volunteer with the Muscular Dystrophy Association (MDA) Camp for Kids. Ultimately, his work with the camp grew produced a passion for disabilities issues. Today, Harris serves as senior manager of public affairs at the Bipartisan Policy Center, the only Washington-based think tank that brings together leaders with different perspectives, yet stand united in their resolve to work for consensus-based solutions. Harris is a graduate of Morehouse College and the Heller School for Social Policy and Management at Brandeis University.

“The work of RespectAbility is critical to ensuring that the 56 million Americans living with a disability have an opportunity to participate in all aspects of our community,” stated Harris. “It is only natural for anyone who values empowerment and inclusion to be drawn to the work of RespectAbility. I am honored to serve as chair of this organization, and look forward to working with Jennifer and my colleagues on the board to continue advancing opportunities for people with disabilities.”

Rich in diversity and expertise, the board includes a cross section of national leaders from U.S. Congress, Hollywood, philanthropy, communications and the private sector. Moreover, the board of advisors added respected leaders in nonprofit management with deep roots in disability issues and lived experiences.

Former Rep. Steve Bartlett was re-elected Vice President for another term. New board member Ronald Glancz, a deeply seasoned leader in the nonprofit community, was elected Treasurer, and co-founder and Secretary Shelley Richman Cohen was re-elected to serve another term.

The eight additions to the RespectAbility Board of Directors are as follows: 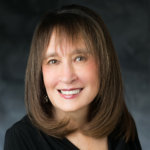 Bass has dedicated her career to improving the quality of life, independence and community inclusion and dignity of people with disabilities. She became the CEO Emeritus of The Jewish Foundation for Group Homes (JFGH) in June 2016 subsequent to serving for 30 years at the helm of the agency, which ultimately grew to 77 residential locations via a wide variety of models, two innovative transition youth programs, a staff of 260, and having $28 million in total assets. As JFGH continued to become a model for more than 25 communities over five continents, Bass travelled extensively, mentoring these communities. She also serves at the chair of a national nonprofit. 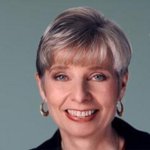 Clift is a columnist for the Daily Beast, an online publication where she writes about politics and culture. She previously worked for Newsweek, where she covered a variety of beats and was a key member of the magazine’s election team. Clift is perhaps best known as a panelist on the syndicated talk show, “The McLaughlin Group,” which last year ended a record 34-year run with the death of host and creator, John McLaughlin. However, her deep work in reporting on women has advanced marginalized women and girls around the world. 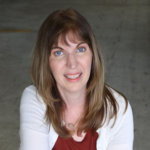 Daroff serves as the North American Director for The Israel Forever Foundation. “As the mother of a child with special needs, one of the most critical concerns I had was that my younger daughter be as welcomed into the community as I was confident my older daughter would be. As a parent, you want to ensure that your community sees all that is loveable and precious about your child, just as you see it.” In 2010, Daroff launched ‘Heidi Krizer Daroff, Social Media Consulting’ where she developed and implemented social media strategies for clients across all platforms. 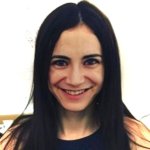 Einstein-Sim is pursuing a Masters in Health Education at Teachers College Columbia University. She is a member of the Jewish National Fund’s Disability Task Force, focusing specifically on the Special in Uniform program, which enables people with disabilities to serve in the Israeli army. Einstein-Sim has strong interests in the disability sphere and undertook leadership roles in Best Buddies while an undergraduate at the University of Michigan. Her volunteer efforts also included recruiting and coordinating volunteers for NYCares and interning for various nonprofits including the Arnold P. Gold Foundation for Humanism in Medicine. 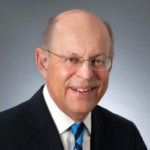 Glancz is a past president of the Jewish Community Relations Council of Washington and recipient of its 2015 Breslau-Goldman Award. He served as president of the Jewish Foundation for Group Homes (JFGH), and is a member of its Executive Committee. For many years Glancz has served on the Board of the Jewish Federation of Greater Washington, and served in 2014-2015 on its executive committee and as treasurer and chair of the Finance Committee. He is on the board of Hillel at The University of Michigan. Glancz is a founding board member of Tzedek DC, a nonprofit legal services organization protecting low-income DC residents facing life-altering, often unjust, debt collection lawsuits and other consumer protection crises. 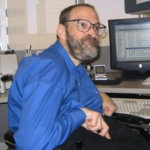 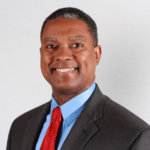 Robinson is a resident fellow at the American Enterprise Institute (AEI) in Washington, D.C., a public policy think tank committed to expanding liberty, increasing individual opportunity and strengthening free enterprise. His research areas include parental choice in public and private schools, regulatory development and implementation of K–12 standards, the role of for-profit companies in education, prison education and reentry programs, and the role of community colleges and Historically Black Colleges and Universities in adult advancement. He is a strong voice for criminal justice reform. 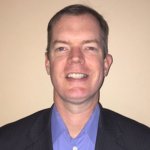 Whetter, JD, MBA, currently serves as the Chief Operating Officer & Head of Business Affairs at Exodus Film Group, where he manages the corporate and business affairs of Exodus Film Group. In the past 16 years, Deaf himself, Whetter has served as head of Business Affairs for numerous entertainment, digital and wireless content providers where he was responsible for drafting and negotiating film, television and online property transactions, development, talent and production agreements, film financing arrangements and licenses of intellectual properties.

“The growth we are seeing at RespectAbility will present opportunities to expand our meaningful impact in the disability community. The potential for new possibilities is exciting,” said Jennifer Laszlo Mizrahi. “Our new board members are poised to enhance RespectAbility’s level of expertise and carry on our efforts to remove stigma and other barriers facing people with disabilities.”

In addition to its new members of the Board of Directors, RespectAbility welcomes two new leaders on its Board of Advisors: 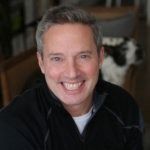 Guidotti, an award-winning photographer, has spent the past 18 years collaborating internationally with advocacy organizations/NGOs, medical schools, universities and other educational institutions to effect a sea-change in societal attitudes toward individuals living with genetic, physical, behavioral or intellectual difference. Guidotti is the founder and director of Positive Exposure, an innovative arts, education and advocacy organization working with individuals living with genetic difference. Positive Exposure utilizes the visual arts to significantly impact the fields of genetics, mental health and human rights. 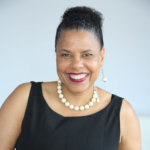 Walton, a native of the nation’s capital, is an educator and motivator who believes in living not just surviving. Losing her leg in 1976 to osteogenic sarcoma, a potentially fatal form of bone cancer, Walton became motivated to fight for the respect and dignity she believes all people deserve, especially African American women with disabilities. Walton uses the stage to dispel the myths and misconceptions about people with disabilities. In 2012, she founded the Divas With Disabilities Project, a digital campaign aimed to support women of color with disabilities. Shattered Dreams, Broken Pieces is her first book.

The new board of director members join 12 existing board members:

Co-Founder and Chair Emeritus Donn Weinberg, executive vice president of the Harry and Jeanette Weinberg Foundation, will be rotating off the board but remain in an honorary position.

The new board of advisors members join six existing Board of Advisors:

Founded in 2013, RespectAbility works to educate, sensitize and engage people to focus on what people with disabilities can do, rather than on what they cannot. RespectAbility seeks to increase the number and percentage of Americans with disabilities who engage in competitive, integrated employment, start and sustain their own businesses, lift themselves into the middle class and participate in their communities.