Eleanor Clift, Board of Directors 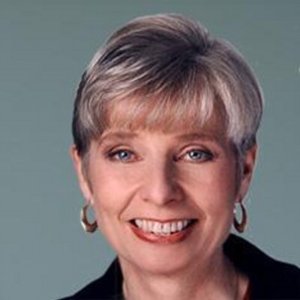 Eleanor Clift is a columnist for the Daily Beast, an online publication where she writes about politics and culture. She previously worked for Newsweek, where she covered a variety of beats and was a key member of the magazine’s election team.

Her cover story for Newsweek about the television show, Mad Men, won acclaim for capturing the era when women were relegated to the secretarial pool.

Clift is perhaps best known as a panelist on the syndicated talk show, “The McLaughlin Group,” which returned to public television in 2020 after a hiatus following the death of host and creator, John McLaughlin.

She has appeared as herself in several movies, including “Dave,” “Independence Day,” “Murder at 1600,” and the CBS show, “Murphy Brown.”

She has authored or co-authored several books, including, “Selecting a President,” “Founding Sisters and the 19th Amendment,” “Two Weeks of Life: A Memoir of Love, Death and Politics,” “Madam President: Blazing the Leadership Trail,” and “War Without Bloodshed: The Art of Politics.”

Clift lives in Washington, D.C., where she is on the advisory council of the International Women’s Media Foundation, the Boards of the American News Women’s Club and the Board of Governor’s of the National Hospice Foundation.