27 Years After ADA, Employment for People with Disabilities Still Too Low 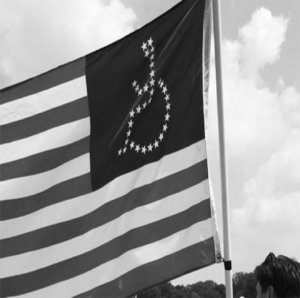 Rockville, Md., July 26 – As the nation celebrates the 27th anniversary of the Americans with Disabilities Act (ADA), there is still so much work that needs to be done.

Fundamentally the ADA was a civil rights bill; this law guaranteed legal protections and physical access for the nation’s largest minority. The ADA reduced physical barriers to the world of work, transportation and independent living. Because of this law, millions of Americans with disabilities have been able to go to school, participate in the political process, live independently in the community and enter the workforce to pursue a better future for themselves and their families.

However, since its passing, not much has changed by way of employment of people with disabilities. The law has done so much to remove physical barriers without removing many attitudinal barriers.

As the late Representative Major Owens said during the fight for the ADA, “greater than all the physical barriers are the barriers of entrenched attitudes.”

That fact remains the hard truth today, 27 years after the ADA was signed into law.

“You can make explicit discrimination illegal, but you can’t change people’s hearts and minds with law alone,” said Philip Kahn-Pauli, RespectAbility’s Policy Director. “People with disabilities still face serious stigmas, misconceptions about their competence and skepticism about their value as employees.”

Yet new technologies are making it is easier to integrate people with a range of disabilities into the workplace. For example, voice recognition in a smart phone can allow someone who is blind or has intellectual disabilities to communicate with coworkers in an office setting. However, new technologies do not change old stereotypes, which are reinforced by a culture where media representation of people with disabilities is few and far between.

Meanwhile, the U.S. Senate is debating life and death healthcare issues, which deeply connect to the opportunity to pursue meaningful, integrated work. Some people with disabilities are unable to find appropriate employment without losing lifesaving healthcare and the resources they need to live independently. Without this support, many individuals with disabilities will lose their independence and potentially their lives. Some lawmakers have responded that people without insurance should find jobs that offer it, without acknowledging the difficulties in doing so.

In the last sixteen months, there has been a steady increase in the employment rate of working-age people with disabilities. However, this still has not reached pre-Recession employment levels.

Secretary of Labor Alexander Acosta, however, is seeking to change this outcome, tweeting out that “now is the time for businesses to realize untapped potential of 500,000+ w/ disabilities seeking jobs.”

~6M open jobs in US. Now is the time for businesses to realize untapped potential of 500,000+ w/ disabilities seeking jobs. #ADAanniversary

“As someone who was born before the ADA was passed, I witnessed the changes it made throughout my childhood and young adult life,” said Ben Spangenberg, who has Spina bifida and is a wheelchair user. “I’m forever grateful for the opportunities it gave me to work and lead an independent life.”

In a proclamation, the White House released a statement that read, in part:

Americans are justifiably proud of the ADA and its accomplishments, but more can be done to protect the rights and dignity of Americans living with disabilities.  Disabled Americans in the workforce already contribute substantially to our Nation’s productivity and prosperity.  We must continue to empower them by breaking down obstacles that prevent their full participation in the public and economic affairs of our Nation.

People on both sides of the aisle supported the creation of the ADA. President Ronald Reagan worked to ensure that all Americans have the opportunity to achieve the American dream. Under his administration, people increasingly recognized the need for a civil rights law for people with disabilities. However, it took years of diverse leadership until President George H.W. Bush signed it into law on July 26, 1990.

“Introducing policies that empower Americans with disabilities to live independent lives, including employment, transportation, access, housing, entertainment and all other aspects of American life, is not a conservative issue or liberal issue; it is a human issue, and it affects a large portion of the electorate in the United States,” said former Rep. Steve Bartlett, an original co-author of the ADA and a board member of RespectAbility. “Government policies that empower people with disabilities to live independently are a win-win because they allow people with disabilities the dignity to live their own lives.”

Despite significant improvements in access to education, people with disabilities still face barriers to receiving the quality education that they need to succeed in the workforce.

People need to be better trained to find careers in growing sectors of the American economy; this includes opportunities to learn high-tech STEAM skills as well as practical work experiences in healthcare, eldercare and hospitality. The link between opportunity and disability comes once you recognize that people can succeed with the right mix of training, experience and accommodations, which includes understanding in workplace culture. In the hands of a young person with disabilities, something as simple as an iPad can empower them to talk to their co-workers, fulfill their tasks and become a great employee. Both Project SEARCH and Bridges from School to Work are great examples in seeing the tremendous link between opportunity and disability.

“People with disabilities need more opportunities for education, training and experience in job sectors where the American economy is growing and where people can showcase their talents,” Kahn-Pauli said. “Our nation was founded on the principle that anyone who works hard should be able to get ahead in life. We as a society need to look at better ways to get young people with disabilities onto career pathways that will advance opportunities to have a job, earn an income and become independent, just like anyone else.”

Including Disability in Diversity

When corporate leaders think about diversity, they often think about race, gender and sexual orientation/identity. They do not think about disability. What they may not recognize is that disability is a natural part of the human experience just as race, gender and sexual orientation/identity is. Disability also cuts across all other barriers that divide us. There are people with disabilities in every facet and subdivision of American society. Disability needs to be a part of every conversation that the business community has about diversity and inclusion.

One-in-five Americans have a disability, which represents a significant portion of our nation’s marketplace. To look more closely at diversity, there are more than 22 million working-age people with disabilities who have tremendous talents to offer employers in virtually every segment of our economy. Companies including Amazon, Starbucks, Pepsi and others have shown that employees with disabilities are loyal, successful and help them make more money. If we find the right jobs for the right people it can and does increase the bottom line of companies.

More than 50 percent of Americans report having a family member or close friend with a disability. It is the only minority group that anyone can join at any time due to accident, illness or aging. As the ADA celebrates its 27th birthday, it is important for everyone to remember that without the inclusion of people with disabilities in all facets of society, the U.S. economy cannot succeed.

Previous: Leaving Life in a Better Place Than We Found It

Next: From Hollywood to Capitol Hill: Full Lineup of Speakers Announced