Rockville, Md., June 15 – Yesterday’s shooting outside of Washington, D.C., reminds us about the dangers inherent in bitter partisanship and political uncertainty. As pollster Frank Luntz said, “If there ever was a chance for Republicans and Democrats to stand up and say, ‘Stop,’ this is it.” This master communicator reminds us that “we all believe in the Constitution, we all believe in the principles of life, liberty and the pursuit of happiness.”

Lost in the headlines was a White House announcement about apprenticeships. This is great news for many, but what about students with disabilities? What chance do they have to access work-based learning or gain the skills that employers need?

Did you know that each year more than 100,000 students with disabilities leave America’s high schools without completing their degree? 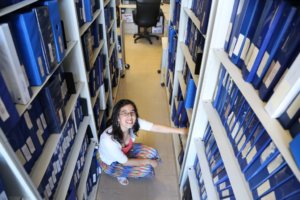 Annually 60,000 students with disabilities drop out of high school, 37,000 receive a certificate, and 4,525 age out with nothing to show for it. When the school bus stops coming, youth with disabilities and their families face serious challenges.

But what if there was a solution for these young people? What if students could choose the chance to build real world skills and develop their resume before the school bus stops coming? As our nation’s labor policy focuses on expanding work-based learning, it is critical that students with disabilities be given the same opportunity.

The overwhelming majority of people with disabilities want to work and value independence over government benefits.

What if vulnerable students with disabilities had the chance to do an apprenticeship? 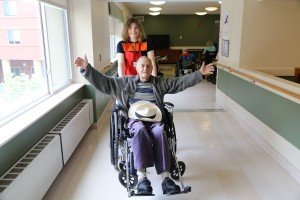 As our nation expands apprenticeship opportunities, it is important to look at how youth with serious disabilities are being empowered into the workforce. There already are two models that are achieving extraordinary success with work based learning opportunities: Project SEARCH and Bridges from School to Work. SEARCH is a unique, employer driven transition program that prepares students with disabilities for employment success. Likewise, the Bridges offers assessments, workshops and job matching. This model has grown to more than 300 programs in 46 states and served nearly 3,000 youth in 2015. Among those young people, more than 78 percent found jobs. These are transformative results for a population that faces serious barriers to pursuing life and liberty.

Success for students with disabilities can be a win-win for both employers and taxpayers. The American taxpayer can save up to $300,000 dollars per SSDI beneficiary who goes to workforce instead of going on benefits. To put that in practical terms, consider the potential taxpayer savings over the lifetime of a student with disabilities entering the workforce. Even if only 70 percent of the 4,525 students who age out of school each year found a job, that could represent more than $945,000,000 dollars in savings.

In these dark times, it may seem odd to look at workforce as a rallying cry for unity. However, Congress itself has turned to economic issues before to find consensus. In 2014, a bi-partisan, bicameral consensus emerged around the Workforce Innovation and Opportunity Act (WIOA). It’s not often that you see Senators Patty Murray (D-WA), Johnny Isakson (R-GA), Tom Harkin (D-IA), and Lamar Alexander (R-TN), as well as John Kline (R-MN), Virginia Foxx (R-NC), George Miller (D-CA) and others voting the same way.

As many hope to pull back from the brink, let’s talk about how we can get more people back to work. Let’s talk about how to channel the talents of young people with disabilities into the workforce. Above all, let’s all get to work.

Next: Talking Positively about Sex and Disability