RespectAbility Announces New Officers and Welcomes New Members to Its Board 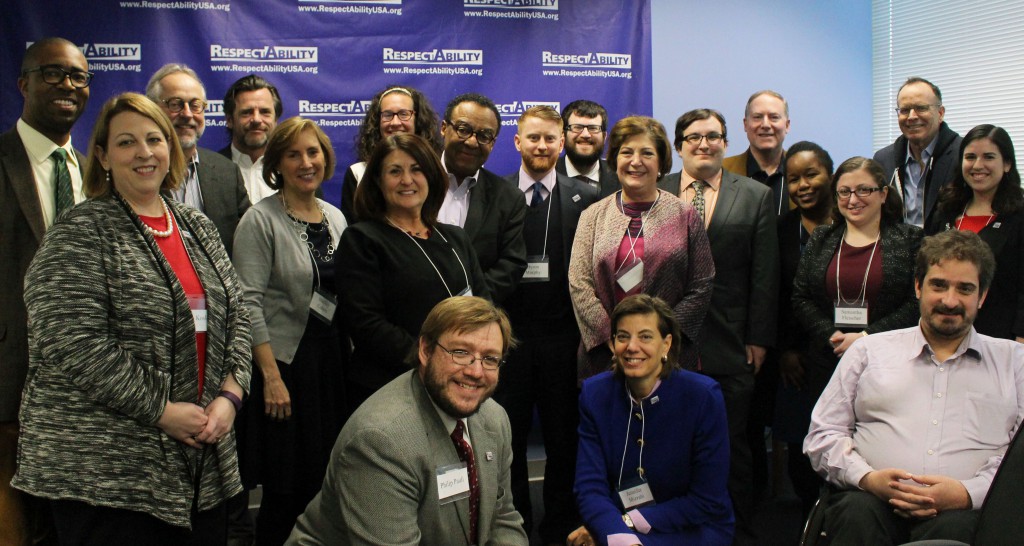 Rockville, Md., Dec. 13 – RespectAbility, a nonprofit organization fighting stigmas and advancing opportunities for people with disabilities, is proud to announce the election of new officers, as well as new additions to the boards of directors and advisors. Rich in diversity and expertise, the board includes a cross section of national leaders from U.S. Congress, Hollywood, philanthropy, communications and private sector. Moreover, the board of advisors added respected leaders in nonprofit management with deep roots in disability issues.

“We are thrilled to bring such a talented group of leaders with fresh perspective to our boards,” stated Donn Weinberg, Co-Founder and Chair of RespectAbility. “People with disabilities have long been denied entry into the workforce, ultimately depriving 70 percent of working-age Americans a chance to impact our evolving economy. The diverse and bipartisan board we assembled is dedicated to this fight.”

The three additions to the RespectAbility board of directors are as follows: 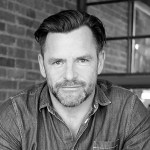 is a seasoned creative director and the founder of CoolGraySeven, a branding and advertising agency that provides creative direction for clients across a wide range of different sectors including fashion, luxury real estate and education. Born and educated in the United Kingdom, Egan studied graphic design and worked in fashion editorial before establishing the London-based design group Egan Melia in 1993. In 2000, he joined Ann Taylor as Creative Director and moved to New York City to help modernize the brand for a new, younger consumer. From there, he moved to fashion advertising agency Laird+Partners where he worked on campaigns for Gap and Nautica before founding CoolGraySeven in 2004. Egan feels a personal connection to the great work that RespectAbility does to empower people with disabilities. A lifelong champion for people with disabilities, Andrew’s sister Christine had an intellectual disability, and passed away in 2012. 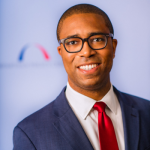 a native of St. Louis, Missouri, got involved in the disability space as a teenager. Because of his mother’s work in the neuromuscular lab at the Washington University School of Medicine, Harris met many kids with a disability. This experience inspired him to volunteer as a camp counselor at the Muscular Dystrophy Association Camp for Kids, where he spent several summers during high school and college. Today, Harris serves as senior manager of public affairs at the Bipartisan Policy Center, the only Washington-based think tank that brings together leaders with different perspectives, yet stand united in their resolve to work for consensus-based solutions. Harris is a graduate of Morehouse College and the Heller School for Social Policy and Management at Brandeis University. 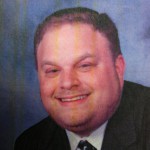 has served as the founding Chairman and CEO of The Orlo Fund, LLC since 2006. He has vast experience and knowledge in all areas of real estate management, acquisition, finance and operation, and has overseen at least a billion dollars of real estate transactions. Orlofsky is very detailed oriented and seeks every advantage for his investors through very favorable financings, astute and prudent operation, and value-added insights that increase the overall return of an investment. He is personally involved with all aspects of the operations, and delegates carefully, while maintaining full oversight of every transaction. While seeking maximum returns, Orlofsky also takes seriously his civic and moral responsibilities so that tenants are well provided for and happy with their rental arrangements. He strongly believes that business operations should be accomplished so that investors, tenants and the general community reap the benefits. Orlofsky is actively involved in many civic and philanthropic causes throughout the United States and Israel. Among other leadership positions, he currently serves as Chairman of the Board of Sulam, a special education school in Rockville, Maryland, and sits on the Executive Board of the Anti-Defamation League.

“Our new board members are poised to enhance RespectAbility’s level of expertise,” said Weinberg. “Together, the entire board is ready to bring RespectAbility to the next level through bipartisan cooperation.”

In addition to its new members of the Board of Directors, RespectAbility welcomes two new leaders on its Board of Advisors: 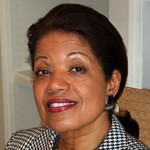 has had a distinguished career in public policy, education, executive management, public relations, planning and criminal justice at the federal and local levels. President Clinton appointed Jeffers as a Commissioner to the United States Parole Commission in 1999. In April 1997, she served as Executive Deputy Director for the Federal DC Interagency Task Force at the White House Office of Management and Budget, where she coordinated technical assistance to the District of Columbia government on economic development and public/private partnerships. She also worked for the First Lady and President Clinton. From 1996-1997, she was the Senior Policy Advisor for the President’s Crime Prevention Council, chaired by Vice President Gore. Following that, from 1992-1996, at the Justice Department, she served as Chief of the National Office of Citizen Participation for the Bureau of Prisons. Then, from 1985-1991, she worked for the New York City Department of Correction, rising through the ranks to become the first civilian to serve as Deputy Commissioner. In 2000, Jeffers left the Commission and launched Jeffers and Associates LLC, a strategic management consulting firm providing services to Harvard University, the Justice Department, the Joint Center for Political and Economic Studies, the Kellogg Foundation and criminal justice organizations. She serves on several non-profit boards. She also is an Adjunct Professor of Criminal Justice at her alma mater – Howard University School of Social Work. Jeffers is one of the authors of RespectAbility’s “Disability & Criminal Justice Reform: Keys to Success” report. 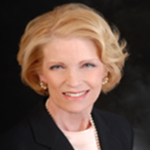 has been one of the nation’s leading advisors to top executives, companies and boards for decades. She saw the need for a service combining business and psychology and started an assessment and advisory firm to fill the void. In the process, she pioneered a new industry, executive coaching. Like her clients, Soder continues to improve, refine and innovate. As CEO Perspective Group founder, Soder advises top management and Boards on a wide range of issues. Her career is full of “firsts.” She was a Vice President at Prudential early in her career; led a key President’s Reorganization Project for the White House; was Staffing Director for the District of Columbia; a chief of the D.C. Police Department; and partner at Rohrer, Hibler, and Replogle (consulting firm). While Senior Research Psychologist for the U.S. Office of Personnel Management, she led efforts to ensure legal, valid tests, co-founded the highly regarded Personnel Testing Council. An Economics Club member since 1990, she also is a lifetime member of the American Psychological Association (former ethics committee member.) To avoid conflicts, Soder is a nonprofit board director, helping to advance women, ensure reproductive rights and promote service dogs. For decades she has routinely donated 20 percent of her time and money to helping others.

These new board members join five existing Board of Advisors:

“The growth we are seeing at RespectAbility will present opportunities to expand our meaningful impact in the disability community. The potential for new possibilities is exciting,” said Jennifer Laszlo Mizrahi. “As we prepare for the year ahead and welcome the spring class of fellows to our National Leadership Program, RespectAbility is poised to carry on our efforts to remove stigma and other barriers facing people with disabilities.”

Founded in 2013, RespectAbility works to educate, sensitize and engage Americans to focus on what people with disabilities can do, rather than on what they cannot. RespectAbility seeks to increase the number and percentage of Americans with disabilities who engage in competitive, integrated employment, start and sustain their own businesses, lift themselves into the middle class and participate in their communities.

Previous: Powerful Role that Mentorship can Play in Supporting Employment Opportunities for Youth with Disabilities

Next: Polling Shows People with Disabilities Split Vote Between Trump and Clinton