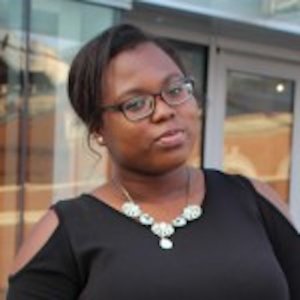 Dahlia Joseph was a Communications Apprentice with RespectAbility during the summer of 2015, where she worked on outreach to presidential candidates on the importance of inclusion of people with disabilities. Joseph spent months on the trail engaging presidential candidates in the early primary states during December 2015 and January 2016. Her reporting and videos from the trail can be found on The RespectAbility Report. In addition, Joseph created graphics for use on social media and assisted with the daily maintenance of our social media accounts. She ensured all YouTube videos have captions for people who are deaf or hard of hearing.

Previously, Joseph worked for several start-ups and now is excited to learn the inner-workings of a nonprofit organization. She currently is studying for a Master’s in Strategic Communications at American University. She holds a Bachelor’s of Arts degree in Communications from Mount St. Mary’s University. Joseph is fluent in Haitian Creole and also speaks French and conversational Spanish.

Joseph also served as an Apprentice during the Winter 2015-2016 Cohort.