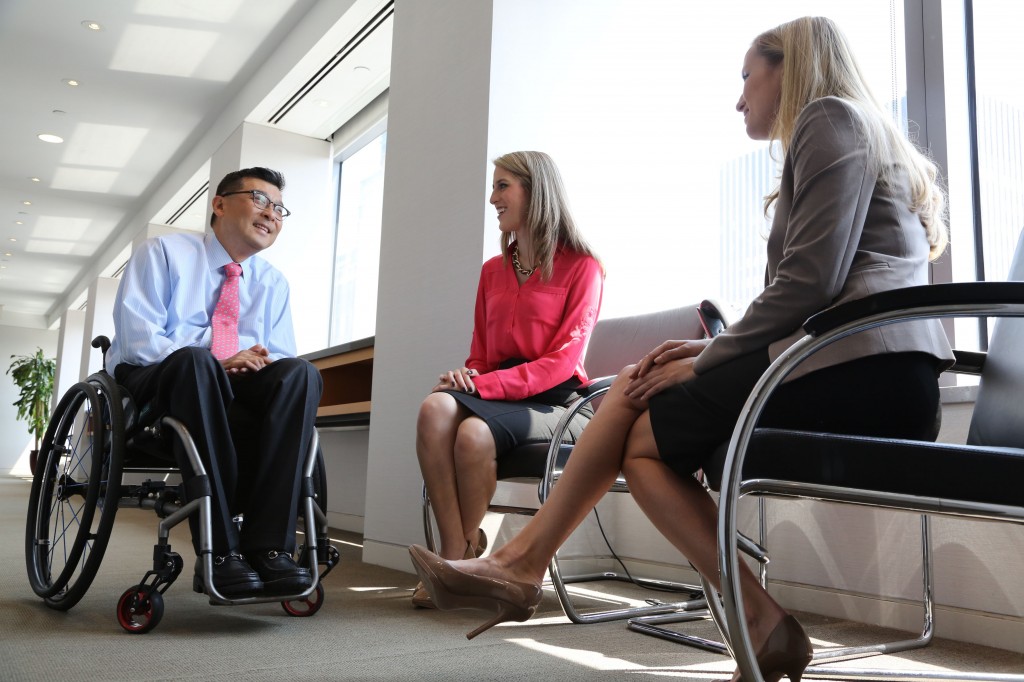 EY is where some of the most talented individuals from across the globe come together to offer services that have turned the organization into an international success, with offices in over 150 different countries. Globally, EY has more than 190,000 people. A largely unknown factor in EY’s success is the example instilled by founding partner Arthur Young, who was deaf and had low vision. With his disabilities, Young adapted to learn how to think outside of the box. Over the years EY has continued this trend of hiring the best talent, no matter what package that talent comes in.

By focusing on inclusion across the board, EY has opened the organization to a wide range of talented people, who contribute a wide range of ideas, which has ultimately resulted in tremendous success for the organization. As a result of its inclusiveness efforts, EY has been selected by RespectAbilityUSA and Positive EXPOSURE, two nonprofit organizations working to enable people with disabilities to be seen for the strong abilities they bring to the table, to be the first organization featured in the new #RespectTheAbility campaign.

“EY hires the best talent out there, no matter what package that talent comes in. Their only focus is on their business, and what prospective employees can bring to the table to better the organization,” said Jennifer Laszlo Mizrahi, president of RespectAbilityUSA. “The goal of our campaign is for other employers to look beyond the disability, and understand the true value of these employees.”

POSITIVE EXPOSURE photographer and founder, Rick Guidotti, captured the new campaign with photos to link real life images and people with the facts. His motto in the work is, “Change how you see. See how you change.”

“EY values the people it hires,” said Won Shin, a senior manager in transaction advisory services at EY. Shin uses a wheelchair and has been with the organization for 10 years. “By being inclusive, and by embracing diversity, you are able to produce better work. When you have a diverse group of people trying to problem solve, you’ll get the best from each of them. That is the definition of high quality work.”

What makes some other employers hesitant to hire people with disabilities is the fear about whether or not they will be able to accommodate their needs. But, EY understands that most accommodations for full inclusion are very small and inexpensive — and that getting the best talent in place is vital to success in a competitive, global marketplace. The organization does not consider providing its differently-abled employees with what they need as an accommodation — leaders see it is a business imperative. EY is sophisticated in understanding that you must leverage the talent of your employees to the maximum, and do what you can as an organization so they provide the best results.

Mark Richardson, an executive director in advisory health care consulting, has been with EY for over twenty years. Richardson uses a walker, and the organization has sent him all over the globe to do business. “With the inclusivity of the workplace here, I’m better as a person,” said Richardson. “I’ve contributed to it and I’ve learned from it. We are better as an organization.”

Lori Golden, the abilities strategy leader at EY, has dedicated seven years to diversity and inclusion efforts at EY. She shone with admiration when speaking about the diverse environment at EY.

EY is focused on being ahead of groupthink, which is when similar people stay conformed in ideas — and that can result in an unfavorable outcome. At EY, its people always want the best result, which is why the organization recruits people based on talent and merit, regardless of physical abilities. As a result, for the past two years, Ernst & Young LLP has been ranked No.1 on DiversityInc’s “Top 10 Companies for People With Disabilities” specialty list. Not only is the firm good at including talent with disabilities, Ernst & Young LLP has appeared on FORTUNE magazine’s “100 Best Companies to Work For” list for 16 consecutive years. The firm was also ranked in the top 10 on Working Mother magazine’s annual “100 Best Companies for Working Mothers” list for the eighth year in a row in 2013. Last year, EY also earned a 100% rating in the Human Rights Campaign (HRC) Foundation’s Corporate Equality Index for the ninth year in a row for its support of an inclusive workplace for lesbian, gay, bisexual and transgender people.

After a wall questions about EY, a few jokes, and wonderful conversation with three differently-abled employees of Ernst & Young LLP, the question was asked, “Where do you see yourself in five years?” Without hesitation, each employee said with a smile, “EY.”

Using the hashtag #RespectTheAbility, RespectAbilityUSA and POSITIVE EXPOSURE hope to spread the word through their collaborative series, and to ultimately erase negative stigmas associated with disabilities.

A second spotlight on success, showcases Project SEARCH, a program that allows young adults with developmental disabilities to cultivate a set of skills that they can use in the workforce by providing them with a series of internships in order to achieve competitive employment. The third success story centers around young adults on the autism spectrum working on an organic farm in California.

Next: Autistic man on path to become an organic farmer